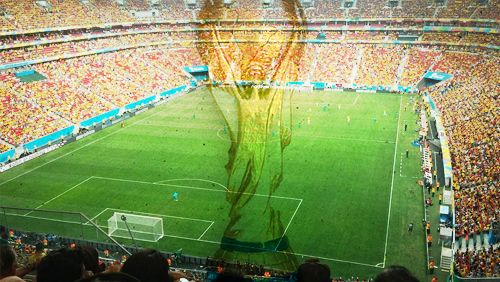 Australia and New Zealand made history, winning the rights to host the 2023 Women’s Soccer World Cup. The Tran-Tasman bid proved to be successful over Columbia, receiving 22 of the 35 votes from the FIFA Council.

The South American bid received 12 votes, with the block of voting controversially coming from Europe. England was singled out for criticism after voting against the bid from the Commonwealth nations.

Australia and New Zealand are hosting the 2023 @FIFAWWC! #AsOne pic.twitter.com/c4qMuhBTfI

The Trans-Tasman bid was in pole position, after the withdrawal of Japan and Brazil in the lead-up to the final vote. Surprisingly the Columbia bid received strong support from the European block, with England and eight other nations voting for the South American bid.

Congratulations @FFA & @NZ_Football!
YOU will host the #FIFAWWC 2023.

FIFA president Gianni Infantino was surprised by the higher than expected support for Columbia.

“The bidding process was highly competitive. We would like to thank both of the bidders for their remarkable work. It was really, really well prepared. Colombia represented a strategic opportunity for the development of women’s football in South America.”

The FIFA President has proposed the idea of the tournament being held every two years in the future and is hopeful to see an event in South America or Africa at some stage.

The mood across the Trans-Tasman bid was euphoric at the announcement, with New Zealand Football President Johanna Wood claiming the win.

“We believe we have been given a treasure, and we will look after that treasure. We will work towards putting women’s football even more front and centre on the world stage.”

The United States are the current holders of the title, winning the event in France in 2019.