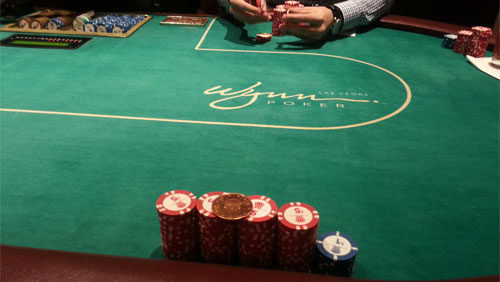 The 2018 Wynn Summer Classic $1,100 NLHE wrapped up on Tuesday, having attracted its largest field to date. The number of players who descended on the casino for the tournament helped push the prize pool guarantee of $1 million to more than double that amount and the final outcome was decided after a deal between the final two players.

s-up battle before the two decided to chop the pot. Li, who finished third in the PokerStars Championship Macau KH$5,500 NLHE tournament at the PokerStars Asia Open in 2017, was given the title and the first-place prize of $280,954. He has now won almost $500,000 in live action, combined with over $100,000 in online play at PokerStars.

Coombe was content with the second-place spot and the $266,639 he added to his bank. It was his biggest live cash to date, but with $3.4 million in online action, he’s a beast at the virtual tables.

The final table saw four players from the U.S. and one each from Luxembourg, Bulgaria, Belgium and Hong Kong duking it out for the top prize. All four of the Americans were eliminated, with California’s Sean Chen making it the furthest until being eliminated in fifth place for $78,943. He was followed by Bulgaria’s Ivan Zhechev, who left in fourth with $106,810 and the Belgian player Thomas Boivin, who took home $149,961 for his third-place finish. Boivin has now earned more than $1.5 million in live action, which sits nicely with the $500,000 he has won in online play.