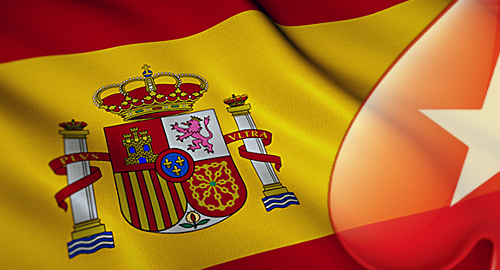 Online poker got a boost from the launch of cross-border player liquidity pooling between PokerStars’ French- and Spanish-licensed sites. Overall poker revenue improved to €21.5m, with cash games revenue rising nearly 30% to €8.4m and tournaments spiking 50.2% to over €13m. Cash game spending was up nearly 19% while tournament fees were up 40.4%.

Online bingo revenue was up nearly 30% to €3.5m, while the contests segment proved the lone decliner, tumbling 80% to a mere €200k.

Active user ranks spiked nearly one-quarter to just under 800k, while customer deposits shot up 58.7% to €562m. Operators were making a serious push to attract customers in Q1, with marketing spending up nearly 36% to €76.3m.

In April, Spanish legislators proposed cutting online sports betting and casino taxes from their existing 25% of revenue down to 20%. The changes, which could come into effect on July 1, could make Spanish-licensed operators more competitive with the offering of internationally licensed sites currently serving Spanish punters without a local license.

The importance of Spain’s online gambling industry was on full display in the latest e-commerce report by the National Commission of Markets and Competition. ‘Games of Chance and Gambling’ accounted for 3.5% of Spanish online spending in the third quarter of 2017, the seventh-highest ranking. In terms of online transaction volume, gaming and betting place third with a 5.8% share.