Home / Business / Spanish online gambling and betting market poised to hit $1.22B by 2023 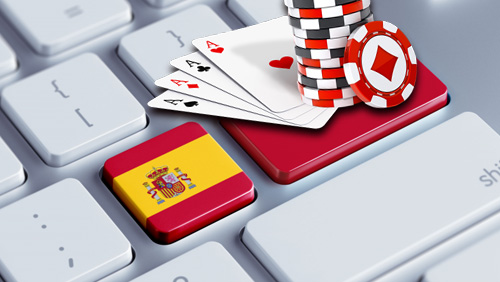 Online gambling and betting businesses in Spain are on track to becoming a billion-dollar industry, according to forecasts.

An AFP report quoted consultancy firm Ficom Leisure, which said that Spain is now “on the radar of the international market” as it predicts the market’s annual online gambling and betting revenue to hit €1 billion (US$1.22 billion) to €1.5 billion ($1.84 billion) in the next three to five years.

The only concern that Curciel had in Spain was the country’s penchant for new regulations. He pointed out that too much regulation will make the market more expensive for betting operators.

However, Spain’s Congress of Deputies, the lower house of its parliament, has just proposed cutting taxes on online fixed-odds sports betting, exchange betting and fixed-odds horseracing revenue from the current rate of 25% to 20%. The proposal, which is intended to make the market more attractive to operators who have yet to acquire a Spanish license, has a ways to go before it becomes law, but would offer a significant boost to operators’ bottom lines.

Optima’s Curciel suggested that Spain-based operators should include horse racing in their offerings, saying, “At the moment for Spanish players the sports they bet on are football, basketball and tennis but I think horse racing is growing, quite fast actually, and it is a product that has to be there.”

“There could be some consolidation such as multimedia products and between retail and online,” Curciel told AFP. “The operators and suppliers of technology for racing are producing streaming and will work very well for Spanish players.”

“It is hard to see how we can make room for 12 more brands without seeing any consolidation beginning with those at the bottom of the pyramid and that has to start in the next five years,” de Torre said.