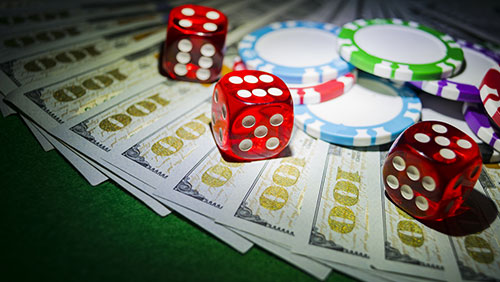 At the end of April, the Japanese government signed off on the Integrated Resort (IR) Implementation Bill (IRIB) that could soon pave way for several casinos to be built in the country.

Following the bill’s acceptance, it made its way to the Japanese Diet for voting. While some tweaking to the bill has been done since the Diet began reviewing it, things haven’t been progressing as rapidly as some would like. The Diet is scheduled to end the session on June 20, but is now considering an extension primarily to ensure the bill is approved during this session.

The ruling Liberal Democratic Party (LDP) has indicated that the session could be extended until late June or early July to help facilitate talks on gambling’s future in the country. A gambling addiction bill made it through the House of Representatives last Friday and cleared the last major hurdle in order for the IRIB to be seriously addressed by the Diet.

The LDP and its coalition partner, Komeito, reached an agreement in April on a number of issues in the bill. Entry fees, tax rates and the size of gaming areas were key points of discussion that had to be cleared up before the bill could be sent to the Diet, and helped delay the legislation.

Prime Minister Shinzo Abe is onboard with the bill, stating, “The bill will enable us to achieve our policy aim to promote long stays by tourists from all over the world and implement measures to surely address various concerns including those about addiction.”

The bill authorizes three IRs to be built in pre-approved locations. Japanese residents will have their visits limited to three per week and 10 per month. A $55.73 entry fee is imposed on locals and operators who fraudulently obtain a casino license can be fined $4.7 million. Gaming space cannot exceed 3% of the total land space of the IR, or 15,000 square meters (161,458 square feet).  GGR in the casinos will be taxed at 30%.

Despite the restrictions, analysts anticipate substantial returns for the casino operators. Investment banker Morgan Stanley last month estimated that, following the inception of casino operations in Japan, the industry could earn at least $15 billion in gross gaming revenue (GGR) annually. After the IRIB was finalized by the House of Representatives, Fitch Ratings provided a dimmer view, stating that the GGR might not reach $6 billion.