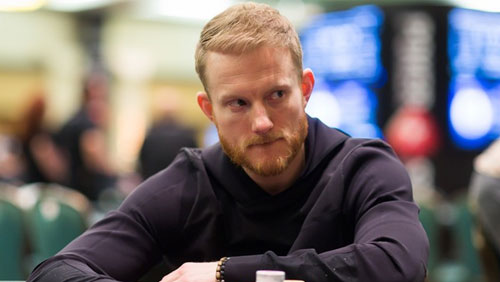 West Virginia’s Jason Koon is no stranger to the high-stakes poker tables. He has racked up over $16.5 million in live action. Still, seeing a million-dollar pot slip out from between your fingertips is never a good feeling. Unfortunately, that’s exactly what happened in a recent Triton Cash Game in the Triton Super High Roller series in Montenegro, although Koon won the same sort of sum later on and also walked away with the US$3.6-million first prize in the HK$1 million buy-in TSHR Short-Deck, Ante-Only tournament.

Koon found himself at the Triton Cash Game with poker greats such as Patrik Antonius, Tom Dwan and Phil Ivey. Also present was the player that would become his nemesis, Kane Kalas. The game was a €1 million (US$1.17 million) buy-in NLHE event and a particular hand could not have gone more wrong for Koon. In poker, position can make or break a player.

Unfortunately, what he didn’t know was that Kalas was sitting on pocket tens. The 10 on the turn gave him a set, and he took the pot worth just over $2.1 million.

In the same orbit, Koon flopped a straight flush draw in a three-way hand that saw Tom Dwan hit top pair, and Elton Tsang hit the bottom pair. The action got a little heavy on the flop with Koon check-raising to €100,000 on the Ad8h7h flop. The action forced Dwan to ditch his ATo, but Tsang continued somewhat speculatively with K7dd. The turn brought the Qd out of the deck. Tsang bet €390,000 on his nut flush draw, and Koon called, swelling the pot to €1.5 million.

Koon eventually left the game €186,000 in the black, and then went on to win the HK$1 million Short-Deck Ante tournament for $3.6 million, his second Short-Deck final table of the week, so overall, not a bad trip for the partypoker ambassador.