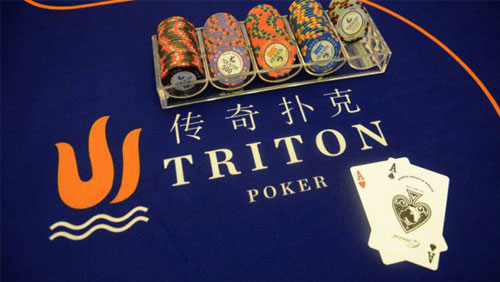 A glimpse into Day 1 of the Triton Poker Series’ first event of 2018, the HKD 125,000 buy-in No-Limit Hold’em Short-Deck tournament from Montenegro, bringing the likes of Phil Ivey and Tom Dwan out of the woodwork.

It’s the most delightful looking rainbow. Vivid colours, and a perfect arc. There is only one problem. The pot of gold surely rests here, and yet the beginning of this extraordinary moment of nature lies elsewhere.

I take a photo.

A raindrop falls on my keyboard. An errant ant runs in and takes a sip. It’s the last thing he will ever do. I think about my act of murder and how I will explain it to my daughter. Is there a difference between killing an ant or a dog? What about a fish? A whale?

In the hours leading up to Triton Poker’s first event of 2018, the place resembles a building site. It’s a sight few get to see. Most people rock up when the hard work’s done; plop their arse in the seat and then complain that the tea is too cold.

I’m fortunate enough to see the entire project from bones to fat to the skin. Women stand in front of mobile phones painting their starving lips. High heels slip on and off depending on the stature of the man sharing a few minutes of nothingness from their life. All of this going on while Chinese satellites blissfully circle the earth.

We are in Montenegro for the world’s first sighting of a HKD 250,000 buy-in (USD 32,000) No-Limit Hold’em Short-Deck tournament. The idea to remove the 2s, 3s, 4s and 5s is a brilliant one. It gives the weaker players a better chance of winning, and while they are here for this, they might as well play this and that.

The main stage looks the business. As I stare at the logo and yellow and black colour scheme I’m in Han’s museum in Enter the Dragon. The only thing missing is a collection of claws.

We’re not going to begin on time.

The game will begin when the game needs to. More than ever, I sense that players control this event. Four take their seats on the main stage. A giant jib swings forward like a clumsy giraffe nearly taking my head off.

Jamie Kaplan and Mikhail Smirnov get it in on a JhTs6d flop with Kaplan holding two pairs and Smirnov with the open-ender that never arrives. It’s a sign of things to come. For the rest of the day, I see more all-ins than rattlesnakes in an Indiana Jones movie.

“The Chinese,” someone whispers in my ear.

The swirls give off an old-school Late Night Poker feel. The language is foreign. I am in Montenegro, but I might as well be in Macau. Still only a quartet riffle chips. Most are in bed. The cash games didn’t finish until 7 am.

Spectators are so close to the action they might as well be playing. Nobody cares. It’s like the old days. I love it. Later I will see players enthusiastically pushing chips around the table, eager for the game to move on. The breaks are only long enough to unzip it. The buffet is set up outside the door so players can eat quickly and get back into the action all the while under the gaze of the glazed pigs head.

For a moment, I think “wtf” and then I realise the dynamics of the game are different with a shorter deck. The JT wins. The AK gets tossed into the muck. The losing player laughs. Sitting in front of him are two cards with the world ‘Bullets’ written on them. He loads them into his sub-machine gun like thumb and forefinger and fires at the man standing behind him with chips in his hand.

There is a mobile phone going off in the background. It sounds like the jingle of a slot machine. Nobody is going to answer it. The call of the song is awakening something inside of me. The mistle thrush that sleeps in my heart wants to get out. I won’t allow it to sing. Not, today.

The air leaves the room.

There is an aura about the man that you only feel when in the presence of greatness, always connected with sporting legends. It’s a hard thing to describe. It’s not a tingle. It’s not even a feeling. You can’t stop staring at the man, your eyes trying to strip him down like an expert watchmaker from Switzerland, trying to figure out how he ticks.

Jason Koon walks in, eyes reddened from a night of God knows what, dressed from head to toe in denim. The girls faint as he walks past. Tom Dwan is amongst the people trailing him, picking them up, and flopping them on chairs.

Koon proudly displays his US partypoker patch. I never thought I would see one of those again. As we enter the dinner break, Koon walks with me as he munches on some grub. I get six minutes of his time. He needs to meditate before heading back after the dinner break. He has no chips, but that doesn’t phase Koon.

“I am going to win this thing.” He tells me between forkfuls of something.

Jean-Robert Bellande bounces into the room like an oversized Tigger. Ivey gives him a fist bump. Winfred Yu temporarily dissolves into his bear-like hug.

“Any chance of an interview,” I ask?

“No chance. People are waiting for me to start the cash game. The game revolves around me. ” He tells me before heading off to a secluded naked beach-like area.

For once there is no need for Bellande’s energy. The room does just fine without it. The walls pulsate. The man standing in the corner handing out racks of chips looks weary. For once, these high stakes players are getting their 10,000 steps in. 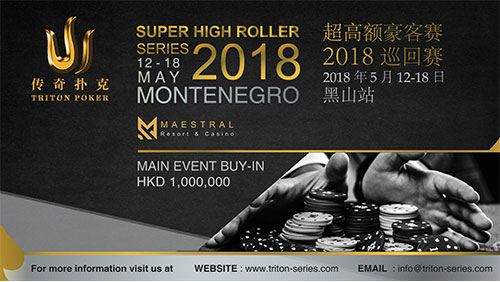 Is it a game that will migrate to the other major tours.

I think you will see it, for sure. It’s a game that people want to play. Ask anyone who has played the game what their first thoughts are, and they say, “Fun.”

Koon turned his zero chips into 2.5m and sits in fourth.

Here are the Day 1 Chip Counts.

The rainbow has gone.

Maybe when it returns it will shine on the Maestral because we have HKD 14,300,000 reasons for it to do so.