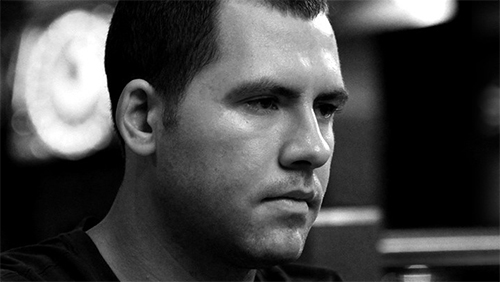 One of the biggest stories of the week was the release of an interview on PokerPlayer magazine where Daniel Negreanu had a few comments to make about the skill level of Tom Dwan.

Daniel Negreanu told Ross Jarvis: “I don’t think Tom is one of the best [in the world] – I don’t know if he ever was.”

I got my quill out to express my opinion that Negreanu may have chose Tom for his focus of attention because of the relationship between PokerStars and Full Tilt Poker. A grudge match between the two would draw much attention and I questioned whether his comments were pre-fabricated, especially as I know Negreanu used to believe Dwan was one of the best, contrary to his recent opinion.

The story broke on 2+2 and there was quite a stir. Two camps were formed, one where people backed their beloved Tom Dwan and another where they poured boiling hot tar over the PokerStars cap of Daniel Negreanu.

I decided that Negreanu wasn’t in a position to comment on Dwan’s game. I don’t think he has tangoed with him enough to back up his comments, and this was an opinion shared on 2+2, and so I decided to ask someone who has played regularly with Tom over the past few years – Daniel ‘Jungleman’ Cates.

“A decent amount of what Daniel is saying is true. I would say around 75% of what he says is true, but it’s kind of exaggerated. To say he was never one of the best players is an exaggeration. He’s not stupid – he’s smart. It would be a stretch to say he is a bad player, but to say he is one of the best is also an exaggeration,” Said Cates before continuing, “He’s not that bad at poker, but he’s just not as good as other people believe he is.”

That’s an opinion that I have heard before and seems to back up what Negreanu was saying in terms of Dwan’s standing in the modern game. But has he ever been one of the best in the world, a question that Negreanu seemd to be wavering on?

“I can see him being really good back in the day. These days it’s clear that a lot of what he is doing is not modern. It’s not up to date, although those aren’t really the right terms. Let’s just say that it’s obvious when you play him that he’s not too involved in the heads-up world. For a lack of a better term his game is under-evolved.”

Cates believes an absence away from the online tables only really hurts if the games have evolved at a fast rate; something he believes does happen at the highest stakes in the world. So with Dwan spending increasing time in the juiciest live games he can find, then I guess his online game will suffer as a result?

“He’s just not an online player these days. He’s not going to sit down and do the math and the ranges. He’s over in Macau playing. He’s got better games to play in that the tough online games and it kind of shows when you play against him. I would say his game has fundamental flaws, but I can’t delve into it much more than that because of the challenge that I have with him. Let’s just say his game is behind the modern standard.”

My apologies Mr. Negreanu, it seems that your view that he’s not one of the world’s best players has some credence; but I still hold my position that your comments that you don’t know if he ever was still pique my curiosity. So if Dwan doesn’t terrify Jungleman who does?

“There is one random guy crushing me at the moment, his name is Unsuspecting on Stars. I have no clue who he is which is kind of unusual. He has just been raping my face for no reason whatsoever. No one has owned me so hard. I have seen him play against a bunch of other players and he hasn’t done that great. I guess he’s on a heater or something? Kanu has given me some trouble, I don’t really like his strategy that much, and I think it’s solid but not that fantastic. I have a lot of respect for Sauce and know he puts in a lot of work and is really smart. Ben86 has been playing me lately, and I think he’s pretty solid and I have a lot of respect for him because he battles everyone at the higher stakes and so I admire him. Ike is classically one of the best NL players and he has historically given me trouble, and every time I see him playing I always seem to agree with his conclusion so I have a lot of respect for him. He was always difficult to beat. He wouldn’t make my life hell, but he was so tough to beat. In short he’s very good.”

Cates declaring that he doesn’t know who Unsuspecting is leads me onto the hot topic of Multi-Accounting (MA). Another topic on 2+2 has seen various members of the High Stakes community going onto the thread to express their views on the ethics of MA. Cates admitted MA himself in the infamous Girah scandal and so I was interested in his views, particularly because he had commented several times on the thread.

The opinion of Cates is a familiar one and one that I have seen throughout the 2+2 thread – unclear and talking of ethics. But it’s surely a black and white issue. Both PokerStars and Full Tilt have rules that say players should only have one account. There is no ethical issue here. If you have more than one account then you should be punished because you are breaking the rules. It’s difficult to say that the players have a responsibility to uphold the rules. It’s poker after all and the aim of the game is to take other people’s money. So I don’t think we are going to get a long line of High Stakes pros lining up for martyrdom.

Instead it’s down to the online poker rooms to stamp down on people who are clearly breaking the rules. It’s not too hard to find out who these people are guys. Just go onto the thread and the names are there in lights. But it’s not just the High Stakes world that has a problem when it comes to the various forms of MA that takes place. I guess I have even done it myself by asking pros to help me when I have gotten deep in my own tournaments. I have to be honest; it never tweaked my conscience one little bit as I suspected the same thing was probably happening to me.

There are two ways to deal with this issue. One is to make all of the tables anonymous. This way nobody knows who the hell anyone is. Huds and data mining become a thing of the past and poker becomes the game where you have to adapt on the fly. The other way to deal with this, and the option Jungleman prefers, is just make MA legal. Bring the problem out into the open and put some rules and regulations around the governance of it.

But irrespective of everyone’s opinions there is only one that counts and it belongs to The Rational Group and the men and women they pay to operate their online poker rooms. Over to you guys and gals.