Home / Poker / Does Negreanu Really Think Dwan is not One of the Best in the World? 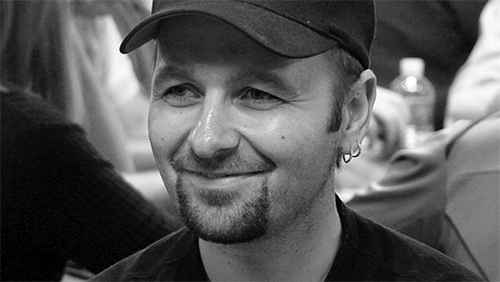 Daniel Negreanu has once again hit the headlines, this time trashing the abilities of Tom Dwan. But is this another one of Negreanu’s ‘honest’ opinions; or another cleverly manipulated marketing ploy from the Rational Group? 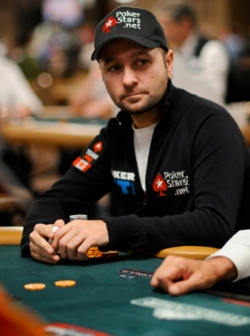 Say what you want about Daniel Negreanu. When you ask the man a question you get a pretty detailed, and often controversial, answer. So Ross Jarvis must have been licking his lips when during an interview with PokerPlayer magazine Negreanu opened the Tom Dwan questionnaire door, by complaining about the media-etiquette of his Rational Group stable mate.

The Canadian’s ire had been raised during the filming of the Team PokerStars v The Full Tilt ‘Professionals’ so-called ‘grudge match’. An event that I believe was a poorly delivered marketing sham to try and engage some interest in Full Tilt Poker. His annoyance was the lack of punctuality, and respect, of Dwan who arrived four hours late for the event.

Negreanu told Jarvis: “If you’re a sponsored player and you get paid then you had better do those things or you are disrespecting your organization and the game. If you are prepared to do that then don’t wear the patch.”

Jarvis grabbed the opportunity to work the angle and soon the pair was talking about the standing of Tom Dwan in the modern game.

That’s what journalists love about the Canadian. He is one of the few voices of poker that has an opinion, and he delivers time after time. But it’s also a trait that makes him one of the Marmite characters of the game. You either love him or want to put an ice hockey boot through his scalp. Unfortunately, it seems when you bad mouth the beloved Tom Dwan, the poker community is going to choose the ice hockey boot. But Negreanu knows that right? Of course he does…Durrrr.

I admire Negreanu for speaking his mind because each time he opens his mouth he attracts a ton of criticism. His detractors take his honesty to be bullish arrogance; but if he stays true to his line then he will retain the respect that his honesty deserves. But I’m starting to waiver somewhat, and it’s the ridiculous scenario that the Rational Group have established by trying to run two online poker operations in the same marketplace, that is causing me a problem.

After the blatant set-up between Negreanu and Gus Hansen that led to the PokerStars/Full Tilt grudge match, how can I not believe that his warts and all dig at Dwan wasn’t also a predetermined strategy? Does he really believe that Dwan is not that much, or is he being force-fed his words? Either way his comments are having the desired effect as the poker community only know one way to settle such bold statements, and that’s to get the two in the playground, gather around in an unbreakable circle and shout, ‘fight, fight, fight!’

“I think I’m getting better at no limit hold’em, thanks in large part to playing on High Stakes Poker with Ivey, Durrr, and Patrik. I just learned SOOOO much from that three-day session. I learned #1) that they are just so much better than everyone at NLH, #2) that I could learn a lot by paying attention to what they do, and #3) that I’m not that far off skill wise compared to where I thought I was.”

If Phil Ivey, Tom Dwan and Patrik Antonius are ‘just so much better than everyone at NLH’ then who is better than those three that makes Dwan fall into a bracket labeled ‘not the best in the world.’ When I read that paragraph I am reading Daniel Negreanu saying Tom Dwan is one of the best players in the world.

In September of that same year, Negreanu puts Dwan in a list of top rated young poker pros of the future. Whilst he does state that ‘the list is not designed to predict who the best five young players are,’ Dwan is still chosen as number one and Negreanu calls him a ‘great player’ who ‘has made so many creative plays on television that gets the public and the forums talking for weeks.’

The 2+2 forums are all leaning on the side of Dwan. There isn’t much love generated for the Canadian on the thread that has spun wildly out of the article that Jarvis wrote. What is for certain is the fans now want to see the two ‘get it on’. They want to see Dwan bend Negreanu over his knee and give him a good spanking, and this is exactly what the Rational Group would also like to see; except they don’t care which bum is going to need baby powder after a few hundred thousand dollars have exchanged hands.

If it weren’t for the Rational Group the poker community would be in a worse state than it currently is. The decision to buy Full Tilt means the money got returned to a community that desperately needed it, and the US will follow suit sometime in the next decade. But I want to start believing in Daniel Negreanu again. We need authenticity in this business and this kid is one of the only players willing to deliver.

All markets need competition and there simply isn’t any in the current online poker market. It’s like watching two Premier League footballers having an on the pitch brawl. It’s handbags at ten paces. I want to see someone stand in the ring with PokerStars and say, ‘come and have a go if you think you’re hard enough.’

I want to see PokerStars and Full Tilt divorce so I can start trusting Daniel Negreanu again.