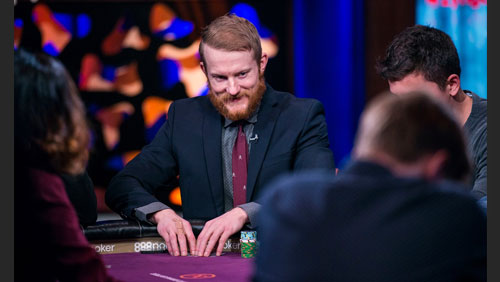 partypoker continues their pursuit of the online and live poker room crown after appointing Jason Koon as an ambassador and giving him a seat on the newly formed Player’s Advisory Council.

There is a scene in James Cameron’s Avatar where the protagonist Jake Sully decides to attack the great leonopteryx Toruk Makto because it would be the last thing the king of the skies would expect. And that’s what I thought about this morning when I heard Jason Koon had signed for partypoker.

PokerStars is the metaphorical king of the skies; a beast that has ruled without fear of challenge. Life is changing for poker’s Toruk Makto. Partypoker may be a little hawk in flight, but they have the ariel advantage. PokerStars can’t see them coming.

When Mike Sexton joined partypoker back in May, he laid out a ten point plan that had to come to fruition for his longtime love to become the biggest live tournament operator in the world.

The first hurdle in achieving that lofty goal is to replace PokerStars as the dominant live tournament operator outside of the United States.

But how do you do that?

I have never been a fly on the wall of the partypoker War Room, but I imagine the plan to take down PokerStars would be as follows:

And there’s a fourth strategy, one that hasn’t been announced but is plain for everyone to see.

Last month, partypoker began running some of the most significant online cash games in the world: Sam Trickett, Patrik Antonius and Viktor Blom creating a buzz that’s been missing since the days of Rail Heaven. Trickett even confirmed that he had spoken to Phil Ivey and Tom Dwan about making an appearance.

Then Fedor Holz joined the team.

This morning, Jason Koon also joins as the first American-based player to do so, despite partypoker not having a presence in the American market for obvious reasons.

The most recent partypoker LIVE MILLIONS in Sochi, Russia showed that partypoker could tick the first two boxes of bigger guarantees, and bigger prizes. Trust and loyalty is growing.

I believe partypoker is after that heart.

If partypoker can become the authority in the high stakes online cash game realm, then it won’t be long before those players group together to help create new strata of high roller contests at partypoker LIVE events, and when they do that, the PokerStars Championship brand will struggle to maintain its position as the number one.

The 32-year-old from West Virginia makes his first appearance in a partypoker patch at the Caribbean Poker Party in Punta Cana. Koon will also sit on the Player’s Advisory Council alongside the likes of Holz and Trickett.

“partypoker’s player panel will facilitate detailed feedback sessions with the wider poker community and ensure players’ opinions are heard within the company. The initiative is part of partypoker’s strong commitment to stay close to the poker-playing community and make decisions which will be welcomed by players and have their best interests at heart.”

The introduction of a Player’s Advisory Council is a brilliant idea. The community is everything in poker, and it’s why the balance of power will shift each time a High Stakes poker player pledges his allegiance to the hawk as it bids to become the next Toruk Makto.