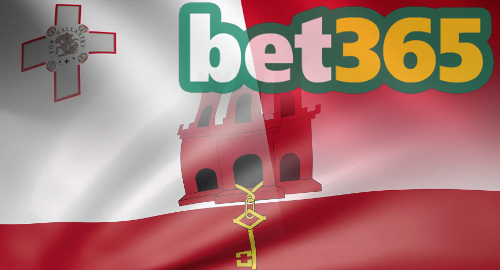 UPDATE: The Gibraltar Broadcasting Corporation quoted Gaming Minister Albert Isola saying Bet365 “remain totally committed to Gibraltar and the entirety of its workforce here” and that the number of staff the Times of Malta claimed were being relocated from Gibraltar to Malta is ‘wholly inaccurate.’

Online gambling operator Bet365 is reportedly preparing to move its Gibraltar operations to Malta once the UK formally exits the European Union next year.

On Sunday, the Times of Malta reported that the Stoke-based Bet365 had signed a promise of sale agreement on “a large part of a new property development” in the Tigné region of Sliema, a town on Malta’s northeast coast. The agreement is reportedly worth €70m and will take effect once the UK formally completes its ‘Brexit’ from the EU pact on March 30, 2019.

As that date nears, the privately held Bet365 reportedly intends to relocate roughly 1k employees from Gibraltar to its new Malta office, dealing a harsh blow to the Gibraltar economy while significantly boosting Malta’s, which already derives 12% of its total economic output from the gaming industry.

Bet365, one of the UK’s most profitable online gambling operators, consolidated its online operations in Gibraltar in 2014 as part of a restructuring process. Bet365 was issued a license from the Malta Gaming Authority (MGA) in 2015 and registered a new property management company in Malta late last year in preparation for establishing its new Malta footprint.

The move comes despite Gibraltar’s politicians and gaming regulators having originally insisted that it would be ‘business as usual’ post-Brexit and the Gibraltar government’s recent assurance that local companies would retain access to the UK market in a post-Brexit economy, at least until 2020.

UK gaming operator Paddy Power Betfair closed its Gibraltar office one year ago, insisting that it wasn’t in response to the Brexit vote but merely part of the reorganization of the merger of the previously distinct operations of Paddy Power and Betfair.

In addition to the economic boost, Bet365’s arrival will be a welcome change in narrative for Malta’s gaming industry, which has been deluged with negative press in recent years regarding some MGA-licensed online operators’ connections to illegal operations in Italy.