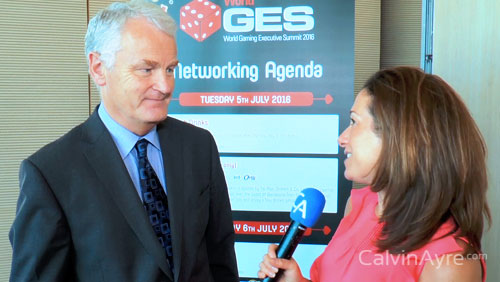 In this interview with CalvinAyre.com’s Rebecca Liggero, Phill Brear of Gibraltar Gambling Commission explains why UK’s exit from the European Union has little impact on Gibraltar’s online gambling industry.

Gibraltar, considered to be one of the main hubs of the online gambling industry, was put into spotlight right after the British public voted to leave the European Union (EU).

The event, dubbed as “Brexit,” has caused much uncertainty to the fate of Gibraltar’s gambling industry since it may theoretically stand to lose access to EU markets. After all, markets by nature don’t like disruptions like the one created by Brexit.

Phill Brear of Gibraltar Gambling Commission, however, pointed out that the Brexit’s “doomsday” scenario that the mainstream media play is rather exaggerated and thus causing an unnecessary panic to the public.

On the contrary, Brear explained that the Brexit will either have no or little impact to Gibraltar’s gambling industry since businesses rely on the evidence and the facts that they actually see before making necessary decisions.

He pointed out that a post-Brexit Gibraltar may always copy provisions of regulations set by the EU when crafting their own gaming rules, especially when it comes to tax models.

“What we are seeing since post Brexit is quite an unusual situation, knowing that some has put off decision until the vote had taken place and then made a decision after the vote. It made a lot of difference,” Brear told CalvinAyre.com. “You can be sure that Gibraltar has the agility to make sure its model is adapted should there be a Brexit, to remain as attractive but maybe attractive in different ways now to the online gambling community, which is surely embedded in Gibraltar.”

While its ripple effect could be immediately felt by the industry,  Brear poinred out that it is still too early whether the Brexit will have a big impact to Gibraltar’s online gambling industry.

“I think we are the stage of the game you can see UK going some sort of political meltdown and certain economic wobbles following that. Until the UK declares as strategy to deal with the Brexit votes it is very difficult for anyone to know where this path going to lead us,” Brear said. “There’s a talk that we have tough Brexit line taken by certain structure of the UK cabinet. There’s also talk of a more reasonable and realistic approach that may be taken if the cabinet is structured in a different way. So it is really difficult to call and that’s the issue. And an unknown path for the following two to three years.”