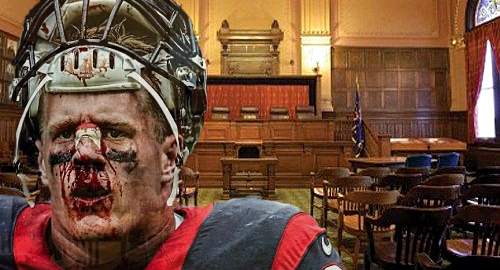 The case was filed in 2016 by three college football players who argued that they were entitled to compensation for the use of their names, likeness and statistical data by DFS operators. An NFL wideout filed a similar case against FanDuel in Maryland in 2015.

The case centered on Indiana’s ‘right of publicity’ statute, but lower courts have determined that the DFS operators’ use of the players’ identities falls within the statute’s exceptions for ‘newsworthiness’ and ‘public interest.’ The athletes have appealed these rulings and now the pro player unions are adding their weight to the argument.

Friday’s filing argues that “context matters” when interpreting Indiana’s statute, and that “whether a particular use is protected depends not on whether the plaintiffs are public figures, but on whether the commercial uses of their names and performance data are newsworthy or report upon matters of public interest.”

The filing further argues that because DFS contests “do not function as sources of newsworthy information or as vehicles to report upon matters of public interest, but are simply games designed to promote competition for prize money, their uses of plaintiffs’ identities fall outside the statutory exemptions.”

The Indiana case has taken on new significance following Monday’s ruling by the US Supreme Court that struck down the 1992 federal sports betting prohibition. The pro sports leagues have been demanding their cut of future sports betting revenue, and the players won’t likely be far behind.

AMERICANS WERE WELL AHEAD OF THE COURTS ON BETTING
Meanwhile, a new Fairleigh Dickinson University (FDU) PublicMindpoll conducted before Monday’s ruling shows half of America favors nationwide legal wagering versus just 37% who stand opposed. FDU has been conducting similar surveys since 2010, when just 39% of respondents expressed support for legal wagering.

Typically, the average legal betting supporter was younger, male and more likely to vote Democratic or Independent. Supporters cited extra tax revenue for states and the fact that betting was already going on as their primary justification for legalization.

Opponents cited the risk of gambling addiction, the dubious claim that legal betting ‘opens the door for organized crime’ and changing expectations around game integrity as their main reasons for keeping betting illegal.

Interestingly, there was scant public support for states sharing betting revenue with sports bodies. Just 32% supported carving off a slice for the leagues, while 62% were opposed. Unlike the other categories, this question showed little difference between age, gender or political affiliation.