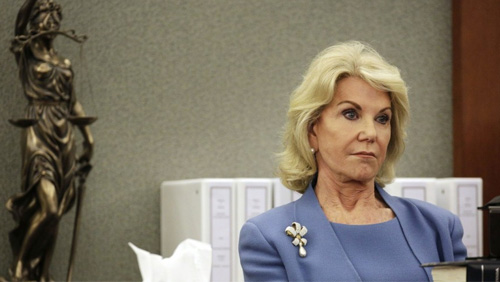 Two days before he would have seen shareholders decide his fate at the company, John Hagenbuch resigned from the board of directors at Wynn Resorts. It was a surprise turn of events in the fight between the company’s largest shareholder, Elaine Wynn, and the “legacy board” which she has vehemently been trying to change. Hagenbuch was joined by fellow board member Robert Miller, a former Nevada governor, in tendering his resignation.

Hagenbuch is a real estate investor who Elaine Wynn has said should be ousted from the embattled casino company due to his long-standing friendship with former CEO Steve Wynn. In a statement regarding his resignation, Hagenbuch tried to deflect the reason for his departure, stating, “I do not want my candidacy to detract from the important progress we have made throughout the organization, including the ongoing refreshment process this board has initiated.” Several rumors indicated that it was a face-saving measure, and that he would not have survived the shareholder vote.

Wynn Resorts is trying to climb out of a deep hole dug be the former CEO. Steve Wynn has been accused of a string of sexual improprieties by former employees that have resulted in lawsuits against him, as well as the company and other board members. Wynn Resorts has also faced intense scrutiny in several locations where it operates casinos, including Nevada, Massachusetts and Macau.

The departure of both Hagenbuch and Miller, combined with previous resignations, results in 60% of the board having been changed since February. This is good news for Ms. Wynn, as she has been fighting to replace the old board with younger members who can bring a fresh perspective to the company. Her struggle hasn’t been easy, and she has repeatedly butted heads with long-standing board members intent on maintaining their positions.

In an effort to right the ship, Wynn Resorts has now appointed three new female directors to the board, and has settled lawsuits with Ms. Wynn and an early investor, Universal Entertainment Corp. It also removed the Wynn name from the $2.5-billion resort currently being built in Massachusetts.

Ms. Wynn called the recent resignations a good step forward, but added that there is still a lot of work that needs to be done.