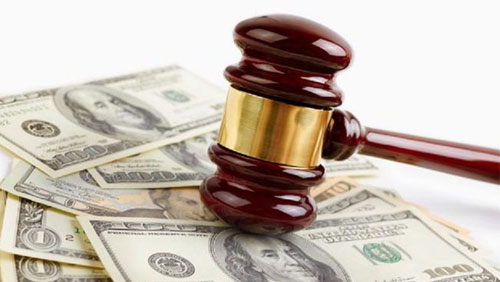 A day doesn’t pass without eager sports betting fans perusing the periodicals for some indication of where the U.S. Supreme Court stands on the Professional and Amateur Sports Protection Act of 1992 (PASPA). The legislation has been challenged numerous times, most notably by the state of New Jersey, which has now racked up more than $8.5 million in legal fees to try and have the bill overturned. And, the number keeps climbing.

The New Jersey Division of Law presented state financial records to the Press of Atlantic City, showing that the Garden State has now spent just under $8.6 million fighting the federal government over PASPA. Two law firms in particular, Gibson Dunn & Crutcher and Gibbons PC, have billed the state for $7 million and $1.577 million, respectively, between 2012 and 2017.

The fees are being covered by the New Jersey Division of Gaming Enforcement and the Racing Commission. Both groups receive funding from state taxes and fees paid by casinos in Atlantic City, but no indication was given regarding the breakdown of percentages.

There are currently around 20 states that hope to soon be able to offer legalized sports gambling if PASPA is thrown out. With all of the money being invested by New Jersey, those states should give a good-faith donation to the cause. The odds of that happening are worse than the odds of Saudi Arabia winning the World Cup this year.

New Jersey has argued that PASPA violates portions of the Tenth Amendment to the Constitution, which prohibits the federal government from creating laws that infringe on the rights of the states. If PASPA is overturned, which many analysts believe will be the outcome, NJ casinos and horse racetracks could generate more than $173 million for the state’s coffers.

Voters in the state approved sports gambling in 2011 and the state began to ready legalized sportsbooks. However, as soon as sporting associations like the NCAA and “the Big Four” (NBA, MLB, NFL, NHL) got word, New Jersey found itself on the receiving end of several lawsuits and backed out. Now, the sports leagues are a little more accepting of the possibility, but each wants about 1% of all action if sports gambling is legalized across the country.