Can sports books survive a 1% tax on handle?

I revised my analysis of the impact that the proposed 1% on bets would have on sports book operators: Impact of a 1% Tax on Sports Betting to include the actual official numbers filed by Nevada’s licensed sports books. I used these to calculate the impact of the 1% fee on a hypothetical book in Indiana. But the figures also allowed me to calculate some interesting numbers for the sports book currently operating in Nevada, which I do not believe I have ever seen published before:

The most recent official figures show that for the 12 months ending in November 2017 there were 195 sports books in Nevada. They won a to 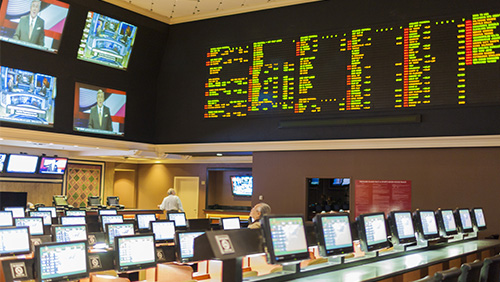 The reported win percentage was 4.82%, higher than the 4.16% hold I used in my impact report. But this includes an increase in parlay cards and parimutuel bets, where the house keeps a much larger share. Still, using the reported hold of 4.82% means the average sports book in Nevada accepts almost $25 million a year in bets ($1.2 million divided by 4.82%).

Here’s my prior message about this blog.:

The U.S. Supreme Court appears to be about to rule that the federal law that prevents states from legalizing sports betting, the Professional and Amateur Sports Protection Act (“PASPA”), is unconstitutional. There are at least a dozen states that appear ready to enact new laws to introduce or expand legal intra-state wagering on sporting events this year, once the High Court decision is announced.

This raises, as always, the question of who will get the money.

Indiana Rep. Alan Morrison has introduced a bill that would give the national sports leagues 1% of the new sports betting handle, as an “integrity fee.” The “sports governing bodies,” of course, think this is a great idea. But is imposing a 1% fee on gross gaming wagers in addition to a proposed 9.25% state tax on gaming revenue, on top of the existing 0.25% federal excise tax on the handle, a good idea for operators?

In 2008, the State Legislature of Delaware was considering reopening sports books in racinos, which the state was allowed to do, because it had been grandfathered-in under PASPA. I was retained as the legal consultant by the Delaware State Lottery, which runs all sports betting, to advise the state on what the tax rate should be on the new sports books.

I prepared a report and recommendations. I’ve posted a simplified version of the report’s discussion of the impact of taxes on operators, and a quick analysis of the Indiana plan, which appears to be spreading across the country.