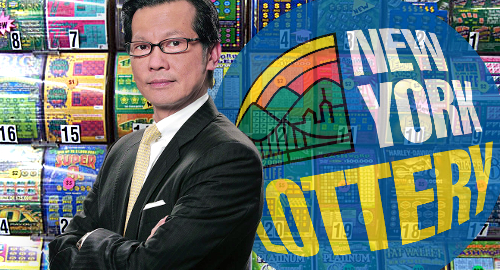 The US Department of Justice has charged the head of New York’s oldest credit union with blowing over $3.5m in stolen funds on lottery tickets.

On Tuesday, the US Attorney for the Southern District of New York filed charges of embezzlement, fraud, wire fraud and aggravated identity theft against Kam Wong, the CEO and president of Municipal Credit Union.

The 62-year-old Wong (pictured) reportedly defrauded the credit union through a variety of means, including $440k in sham expense reimbursements for dental work never performed on him or paid by him, thereby pocketing earnings that were supposed to be shared with the credit union’s 425k members.

Wong also stands accused of obtaining $3.6m in cash payments in lieu of a long-term disability insurance policy and another $3.1m to cover the personal taxes on those payments. Wong had a habit of “testing” Municipal’s ATMs by making unauthorized cash withdrawals with a Municipal business credit card and claimed unwarranted payments for 320 days of unused sick leave.

The DOJ’s complaint alleges that Wong, who became Municipal’s CEO in 2007, spent “at least” $3.55m of his ill-gotten gains on New York State Lottery products between July 2013 and January 2018, when the investigation into Wong’s finances commenced.

Wong was placed on leave in February after misleading federal agents and Municipal’s board members in an attempt to cover his tracks. Wong’s attorney claimed all the dodgy transactions “were done transparently and openly, with full consent of the credit union’s board.”

Wong faces a potential maximum sentence of 30 years behind bars on each of the embezzlement and fraud charges, while the aggravated identity theft charge carries a mandatory two-year consecutive term in prison.