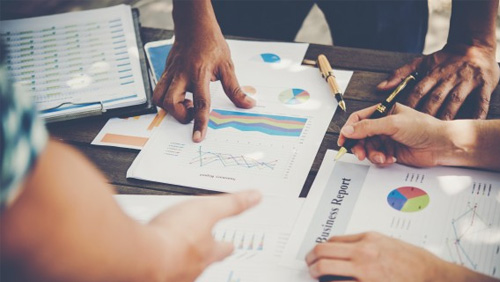 A game of musical chairs—executive style—has commenced at U.S. gaming technology provider Scientific Games Corp., after the company posted a modest revenue gain in the first three months of 2018.

In a regulatory filing, Sci Games announced the appointment of Scientific Games Interactive CEO Barry Cottle as the company’s newest president and CEO, effective June 1, 2018. Cottle is set to replace Kevin Sheehan, who will remain with the company as a senior advisor after stepping down from his executive post.

Sci Games also installed Tim Bucher as executive VP and chief product officer of all Scientific Games’ business divisions. Before joining Sci Games, Bucher was the VP for sales and general manager of the Consumer Solutions Group at Seagate Technology.

The appointments inside Sci Games were announced on the same day as the release of the company’s financial data for Q1 2018.

Sci Games’ first quarter revenue climbed by as much as 12 percent to $811 million to surpass the $725.4 million revenue it posted in the first three months of 2017.

Sci Games said the revenue growth was fueled by the company’s newly acquired company NYX Gaming Group, which raked in $49.2 million in Q1. It would be recalled that Sci Games completed its NYX acquisition in January in a deal worth around CAD$775 million (US$626.5 million).

Attributable earnings before interest, taxes, depreciation, and amortization (EBITDA) climbed by 12 percent to $320 million from $286.6 million during Q1 2017.

On the downside, Sci Games reported that its operating income plunged 44 percent to $49.4 million from $88 million one year ago due to $52.2 million in restructuring fees and other charges.

The net loss of Sci Games ballooned to $201.8 million from $100.8 million in the prior year period, as the company’s loss incurred on debt financing transactions was at $93.2 million.

Sheehan, however, believes that the company’s first quarter results the company’s “strength as a global diversified gaming technology provider.”