U.S. gaming technology provider Scientific Games cut its net losses by 31.5 percent in 2017, thanks to the solid performance of its three business segments. 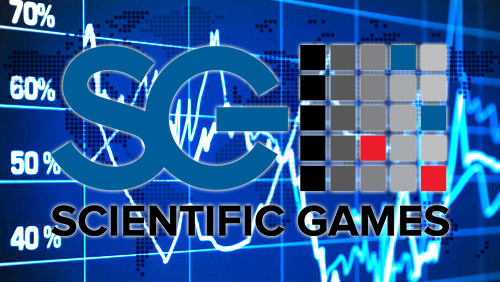 In a filing with the Nasdaq exchange, Sci Games announced that its net loss dropped to $242.3 million in 2017 from $353.7 million in 2016, as the company’s operating income improved while interest expenses shrunk.

Sci Games raked in $3.08 billion in revenue last year, an increase of 7 percent. Its adjusted earnings before interest, taxation, depreciation, and amortization climbed 11 percent to $1.22 billion, compared with $1.1 billion in the prior year.

“Our improved performance and strong future prospects enabled us to successfully refinance a portion of our capital structure in 2017 and 2018 that significantly lowers our cost of capital and increases future cash flow,” Michael Quartieri, chief financial officer of Scientific Games, said in a statement.

The company capped the final quarter of 2017 on a high note as revenue from its three business segments grew 9.4 percent to $823 million. Sci Games’ gaming machine sales revenue rose 12 percent to $189.8 million in Q4, thanks to the 23 percent increase in shipments of U.S. and Canadian replacement gaming machines.

Total international shipments were up 7 percent to 4,409 units in the October to December 2017 period compared with the 4,119 units in the same period in 2016. Sci Games did not provide data on the shipments made to gambling facilities in Asia.