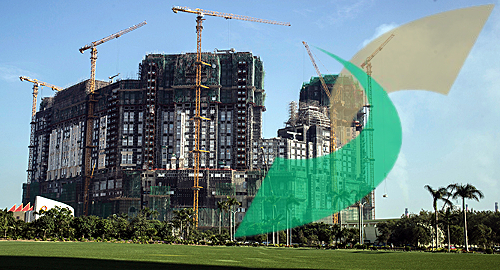 Macau casino operator SJM Holdings started 2018 off on the right foot, posting profits more than one-quarter higher than the year before.

SJM’s non-gaming revenue remains something of an afterthought, adding a mere HK$187m to the pile. However, hotel occupancy at SJM’s flagship Grand Lisboa property improved nearly four points to 97.2% in Q1.

SJM’s share of the overall Macau gaming market, which fell to a record low 16.1% in FY17, slipped even lower to 14.7% in Q1, down from 16.7% in the same period one year ago. Regardless, SJM CEO Ambrose So said the company was “very pleased” with the “material increases” in earnings and profit.

The company wasn’t generous with updates on its in-development Grand Lisboa Palace property on Cotai (pictured), saying only that the company “continued to make progress” on the venue’s construction in Q1. Last month, So said he expected a year of “major breakthroughs” on the oft-delayed project, but analysts continue to insist the property may not open until late 2019 or early 2020.

SJM bid goodbye to its aging founder/chairman Stanley Ho last month, and the vacant seat was occupied by Stanley’s daughter Daisy Ho, while two other longtime execs were named co-chair and So was named vice-chair.