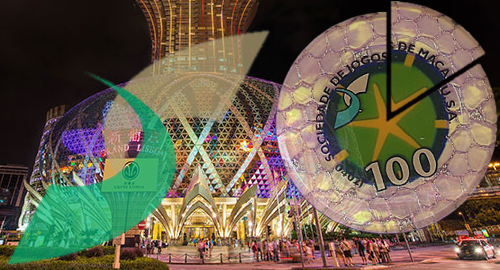 SJM’s VIP, mass market tables and slots revenue were all essentially flat year-on-year, despite the overall Macau market revenue rising nearly one-fifth over the same period. SJM’s share of Macau’s broader casino market fell to 16.1% in 2017, down from 19.1% in 2016, which was itself down from 2015’s 21.7%.

SJM CEO Ambrose So said the company remained optimistic about the future of Macau and claimed SJM was entering 2018 “in a strong position.” For the record, that’s the exact same phrase So used when discussing the company’s disappointing 2016 results, so read into that what you will.

SJM’s flagship Casino Grand Lisboa property reported revenue up 5.6% to HKD14.9m, driven mainly by an 11% rise in VIP gaming revenue, which offset a 4.2% fall in mass table revenue. But the property’s earnings and profit fell 5.1% and 1.4%, respectively.

SJM remains the only one of Macau’s six casino concessionaires yet to open a flashy venue in the lucrative Cotai region, but the company claims to have made “substantial progress” on its $4.6b Grand Lisboa Palace last year, despite damage caused by Typhoon Hato and the death of a construction worker in an industrial accident last June.

SJM’s CEO said the company was “still striving” to complete construction of the Grand Lisboa Palace “by the end of this year,” but analysts have suggested the property isn’t likely to open until mid-2019 at the earliest, and possibly not until 2020.