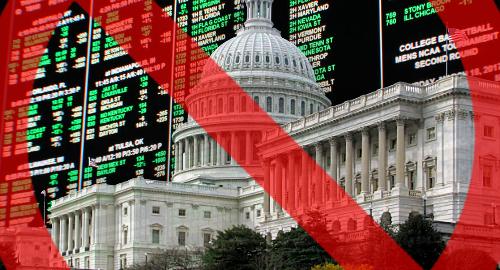 Americans want individual states to control legal sports betting, not the federal government, according to a new poll.

The poll, which was conducted this week with 736 randomly selected adults, found that 55% of respondents favor legalized betting versus just 35% who are opposed. The numbers match a Washington Post-University of Massachusetts Lowell poll last September that found 55% support and 33% opposition.

Far more men (63%) than women (47%) in the new Seton Hall poll looked favorably upon legal wagering, and support was also highly dependent on age, with 68% support among those aged 18-29 years compared to just 37% of those aged 60 or over. Those who failed to finish high school were also far more likely to support (71%) legal wagering than those with post-graduate degrees (39%).

The NCAA has been fighting New Jersey’s efforts to authorize legal wagering and, should the Supreme Court overturn the federal prohibition, the NCAA will likely continue to fight for a carveout that bans wagering on college athletics. But 49% of the Seton Hall respondents believe college sports should be fair game for wagering versus just 36% who want college games off the board.

When it comes to the faux controversy over the alleged impact that legal wagering will have on the integrity of sports contests, a plurality (48%) of respondents felt integrity will be negatively impacted compared to 42% of those who said the opposite.

That negative view was echoed in a 2017 Seton Hall poll regarding the NFL’s Oakland Raiders moving to Las Vegas, which found 46% of respondents believed the relocation would “increase the likelihood of players, referees or team officials gambling on the outcome of games.”

Incredibly, one-third of those who favor legal wagering believe it will negatively impact the sports. Poll director Rick Gentile described this contradiction as “outrageous … It comes close to saying ‘We don’t care about the legitimacy of the games, what matters is being able to bet on them.’” God bless you, ‘Murica… You rarely disappoint.