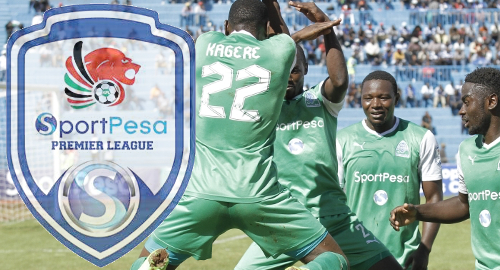 Speaking on Monday, SportPesa CEO Ronald Karauri celebrated his company’s new sponsorship deals, saying “our brand is associated with sports; it is time to come back to where we belong.” FKF president Nick Mwendwa wished SportPesa’s contribution was larger than it was, but acknowledged that “it will still go a long way to help us in many areas.”

The KPL title sponsorship alone cost SportPesa Sh85m per year, roughly Sh5m per year less than SportPesa had been paying prior to scrapping all its local sports sponsorships in January after the government hiked the company’s betting revenue tax rate from its former 7.5% to 35%.

The tax hike was part of the government’s plan to harmonize all gambling taxes (betting, gaming, lotteries and prize competitions) at a uniform rate of 35%. However, since this imposed significant cost burdens on Kenyan operators, SportPesa announced it would look to cut costs elsewhere, including its high-profile sports sponsorships.

While SportPesa and some other Kenyan operators mounted legal challenges of the new tax law, they have also pursued a dialogue with the government regarding a more sensible tax program. Those efforts appeared to bear fruit late last week when National Assembly Majority Leader Aden Duale introduced a new bill that would reduce the uniform tax rate to 15%.

However, the operators’ gain may prove to be punters’ pain, as the government plans to offset the reduced collections from gaming operators by resurrecting a plan to impose a 20% tax on all gambling winnings. Operators would be required to deduct this 20% at source before paying out any winnings.

The proposed tax cut for operators is anything but assured, and Karauri noted that SportPesa hadn’t renewed all the sponsorships it scrapped in January, choosing instead to “support the ones we think we can sustain as long as the tax remains as it is.”