Home / Bitcoin / ‘King of Instagram’ Dan Bilzerian gets back into crypto 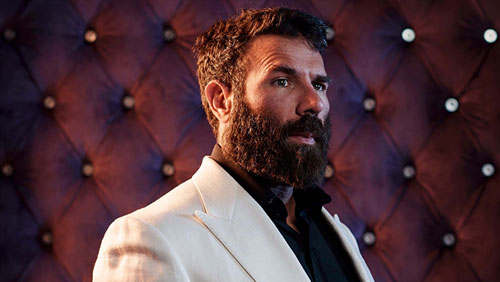 He’s known by some as “the most popular man of Instagram.” To others, he’s a loudmouth poker player who thrives on trouble. He came under fire in particular for shooting a video during the mass attack outside of the Mandalay Bay on October 1, acting like Bruce Willis out of a Die Hard movie. Now, after a little time off from the media spotlight, Dan Bilzerian is back in, this time announcing his intention on Twitter to “get back in [sic] crypto.”

Bilzerian, who supposedly has a net worth of over $100 million, tweeted his return to the crypto world on Monday. He claims to have made a large chunk of his fortune off of cryptocurrency investing, making “mass purchases of Bitcoin.” In May 2017, he said, “It’s so crazy watching that shit fu**ing go up, too, it’s like sweating like I made a bet on the Super Bowl or something.” He is said to have invested in BTC coin, Ethereum, Monero and Bitcoin Cash.

Time to get back in crypto

The Florida native has a long, and quite questionable, poker history. According to Hendon Mob, he only ever cashed in one major tournament, winning $36,000 for placing 180th in the 2009 WSOP championship. However, he claims to have won $10.8 million in a single night of poker action in 2013, and purportedly pulled down $50 million at the felt in 2014.

The Bilzerian family is known for drama. Adam Bilzerian, Dan’s brother, renounced his U.S. citizenship in 2017, three years after he was arrested at Los Angeles International Airport on an outstanding warrant in Nevada on bomb-making charges. He announced in 2015 that he was going to run for president of the United States, and then dropped his campaign in December the same year.

Whether or not he needs a checkup from the neck up, getting back into crypto is a smart move.  Several financial and cryptocurrency analysts predict a strong second half for the year, including Pantera Capital and Fundstrat Global. And for those that missed the boat the first time around, don’t let the current opportunity pass you by.