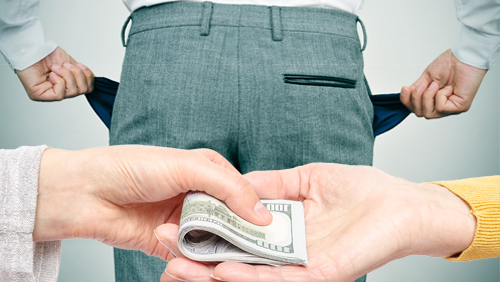 3-Barrels of pure value including Phil Laak opening up about the one and only time he went broke, Daniel Negreanu sharing his 2010 political donations, and Dan Bilzerian proving he is not a fan of Hillary Clinton.

If Phil Laak ever decides to ditch the ski goggles and choose a different career he could do worse things than become a writer.

Seriously, The Unabomber is a budding William Wordsworth.

Writing in a column for ESPN, Laak tells a poignant and powerful tale about the one and only time he has been broke. The piece entitled Broke One Time And Never Again is mustard. It describes his comeback after losing every penny after moving outside of his usual sturdy bankroll management guidelines following a sure thing option trade on the New York Stock Exchange (NYSE).

Fans of Laak’s odes will be glad to hear that he once again combines the art of story with a poker lesson. This time Laak focuses on bankroll management in a process he calls DDT (Discipline, Defect, Trifecta).

2. Then you live by the Kelly criterion (betting discipline)

3. And then you never slip up again (unfailing discipline)

I remember the DDT being a powerful finishing move used by the wrestler Jake ‘The Snake” Roberts who drops you face first onto the map, knocking your lights out. I think they both have the same effect.

If you want to hear about how Laak lost it all, loaned some more, got maced in the face and mugged, loaned some more, and then ended up where he is today thanks to some serious micro stakes grinding at the Backgammon tables, then click here.

Have you ever wondered what you would do if you had more money than you could spend in a lifetime?

I am reliably informed, that in America, people give it away.

They give it away to politicians.

If you ever wondered what part Daniel Negreanu plays in the poker communities fight for a fully regulated online poker market in the US, he doesn’t just roll around California card rooms in a PokerStars bus. He donates to the politicians he believes will help online poker become legal and fully regulated should they end up in positions of power.

Yes, this is a list of politicians I donated to in 2010 hoping to get online poker regulated in the USA. #ITried! https://t.co/sL22BJKD2R

In 2010, Negreanu donated $57,200 in political campaign contributions. He donated on 32 separate occasions. You can read a full breakdown of his choices right here. It wasn’t a habit that stuck. In 2012, his donations reduced to $5,000, and his hand hasn’t gone into his pocket since… Or has it?

Made my first politician donation today cause I’m going to a fundraising event but I will NOT say for who! Gotta keep the wolves at bay! — Daniel Negreanu (@RealKidPoker) February 3, 2016

Daniel Negreanu has a political view, and he’s not afraid to share it.

So does Dan Bilzerian.

The ‘King of Instagram’ owns more weaponry than Chile. So when the Democrats Presidential number one candidate Hillary Clinton tweeted that ‘gun makers should be held accountable for endangering Americans,’ he didn’t react too well.

What a dumb bitch, with her logic, alcohol & car manufacturers should be accountable for DUI deaths #JustSueEveryone https://t.co/CUUY4iUU83

It’s not the first time that Bilzerian has used Twitter to go after a high profile female. In 2014, the man with big guns tweeted that he would donate $1m to the ALS Foundation if chat show, Ellen Degeneres host would ‘blow a dude’.