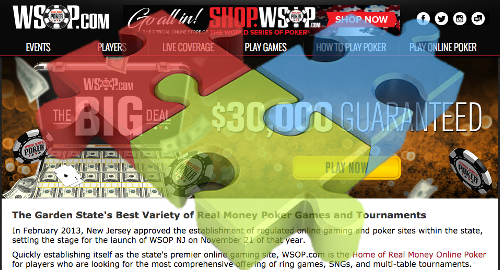 New Jersey’s regulated online poker market plans to open up to shared liquidity with Nevada and Delaware on May 1.

On Monday, Caesars Interactive Entertainment (CIE) announced that two of its affiliated poker brands – WSOP.com and 888Poker.com – would begin sharing liquidity between online poker players via their respective sites in New Jersey, Nevada and Delaware starting May 1.

The sites are still awaiting regulatory approval from the three states but the software has been submitted for testing. Once that approval is granted, New Jersey’s poker players won’t be required to jump through any extra hoops but players in the other two states will need to download new software and open fresh accounts.

The CIE-affiliated 888Poker is the only site authorized to operate online poker in all three states. WSOP.com’s Bill Rini told the Associated Press that the liquidity launch will create a new “large-scale multi-state offering that will propel the industry forward.”

Delaware and Nevada began sharing poker liquidity in 2015 but the two states’ miniscule populations failed to produce much of a boost to their flailing online poker markets.

New Jersey’s official figures show online poker revenue has plateaued since its 2013 launch, routinely coming in below $2m per month while the online casino vertical has shown dramatic growth, hitting a record $23.6m in March.

To date, Pennsylvania is the only other state to have approved intrastate online gambling and, while its legislation permits interstate liquidity sharing, the final regulations have yet to be crafted and the market is still a long way from launching. That said, the addition of a larger state like Pennsylvania would be a significant boost to the shared liquidity pool.