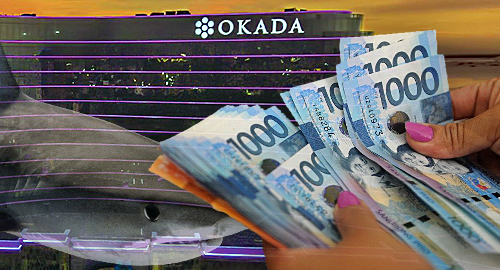 A Chinese gambler has been rescued by Philippine police after he was kidnapped by loan sharks to whom he owed a major debt.

The Inquirer reported that Parañaque City police arrested three Chinese nationals accused of kidnapping Dong Yun Hao and holding him hostage in a room at the Okada Manila casino. Dong had reportedly run up a P5m (US$96k) gambling debt that he couldn’t repay.

Police said Dong had been detained as far back as April 5 and that his captors had made a video of them beating Dong that they intended to send to Dong’s family in Beijing to get them to pay his debt. Dong was somehow able to get a message out to his girlfriend, who contacted police, leading to Dong’s rescue.

The three men under arrest are reportedly underlings of a more senior loan sharking figure. Philippine casinos have been plagued by a spate of similar illegal detention cases based on gambling debts to loan sharks, many of them involving foreign nationals.

The Philippine House of Representatives’ Committee on Games and Amusement has had enough, having created a technical working group (TWG) last month to polish House Bill 6249, the Protection Against Casino Loan Sharks Act of 2017.

The Committee held a hearing in which it heard that casino loan sharks charge interest of 2% per day or 20% per month. Rep. Virgilio Lacson, who filed HB 6249, said loan sharks can lend up to P100m per week and sometimes take payment by seizing a debtor’s “cars, real estate properties and personal belongings such as expensive watches and jewelry.”

The Philippine Amusement and Gaming Corporation (PAGCOR) has routinely warned its casino licensees not to tolerate loan sharking activities on their premises but HB 6249 would add some teeth to these warnings. Loan sharks could face prison sentences of up to 14 years in addition to financial penalties, while casino operators could be held jointly liable unless they can demonstrate that they exercised sufficient due diligence to prevent such activities.