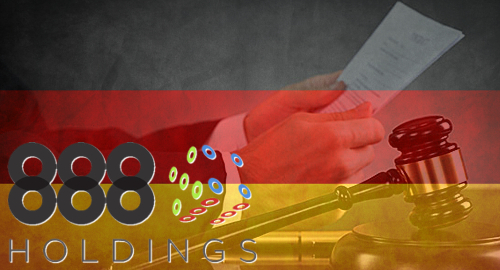 Last October, a Federal Administrative Court upheld a lower court ruling in the state of Baden-Württemberg that barred international gambling operators not holding a German license from offering their services to local gamblers. Last month, 888 warned investors that it might have to quit the German market, which represents a significant chunk of 888’s overall revenue.

On Monday, 888 announced that its German-facing subsidiary had filed a constitutional complaint with the Federal Constitutional Court based on the company’s assertion that the October ruling “infringes its constitutional rights, as well as its rights under [European Union] law, (including the freedom to provide services), and hence should be reversed.”

While the market reaction to 888’s original German exit announcement was alarmist, investors shrugged at this latest announcement, as the company’s stock closed out the day’s trading down less than 1% to 266p.

Operators have long argued for access to EU markets based on Article 56 of the Treaty and Functioning of the European Union (TFEU), which prohibits unnecessary restrictions on trade in goods and services between EU member states.

However, the EU appears to have lost interest in enforcing Article 56, at least when it concerns gambling operators. Last December, the European Commission announced it was dropping all current infringement procedures against member states involving gambling cases, and the EU Ombudsman announced last month that it had no objections to the EC’s decision.

Germany’s online gambling rules have been in a constant state of flux since the 2012 federal treaty on gambling was slapped down by both local and EU courts. A revised treaty followed last year, but it failed to achieve the unanimous consent of all 16 German states, leaving in its place a hodgepodge of individual state laws, the legitimacy and extraterritoriality of which remain hotly contested.

Last month, Thomas Schäfer, Finance Minister for the state of Hesse, publicly lobbied for yet another go at crafting a workable federal treaty. Schäfer, who also chairs the board of state lottery operator Lotto Hessen, said the regulatory inertia had created “a quasi-legal free space that allows wild growth and the black market to blossom.”