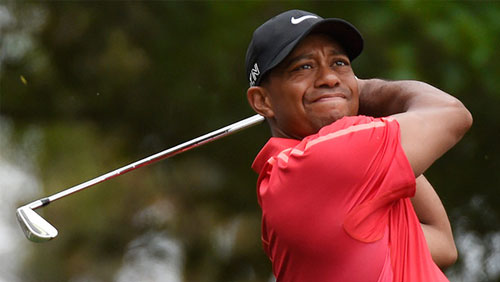 The great thing about the Masters is that it’s the Super Bowl of golf at sportsbooks in that the tournament, the first major championship of the golf season, has almost a Super Bowl level of proposition bets available.

The 82nd Masters tees off Thursday from storied Augusta National, and many of the most popular props are on Tiger Woods. The four-time Masters champion hasn’t won a green jacket since 2005, but he’s the biggest difference-maker in golf by a mile in terms of drawing television ratings and betting action.

Woods has missed three of the past four Masters due to back troubles but appears finally healthy and ready to contend again.

On the former winner prop, 2015 champion Jordan Spieth is the +250 favorite – which is no surprise considering he’s the +900 tournament favorite. Woods is second there at +300, just ahead of long-time rival Phil Mickelson (+350), who is looking for his fourth green jacket.

Speaking of amateurs, there are six of them in the field. The No. 1 ranked amateur in the world is Chile’s Joaquin Niemann, and he’s the +130 favorite to shoot the best round among the amateurs.

Niemann is planning to turn pro not long after the Masters. Why not turn pro before this tournament? It’s quite an honor to be the low amateur at the Masters as he is awarded the Silver Cup. This tournament was founded by amateur champion Bobby Jones so it has always kept a place open for some.

There are 16 players set for their Masters debut this year out of the field of 87. The favorite at +330 for top debutant is Xander Schauffele. He was the 2017 PGA Tour Rookie of the Year and already has two career victories on Tour. Niemann is +1800 on that prop.

Perhaps the best story among debutants/amateurs is Massachusetts firefighter Matt Parziale, who is the +12500 long shot on the debutant prop. He got in by winning the U.S. Mid-Amateur last year.