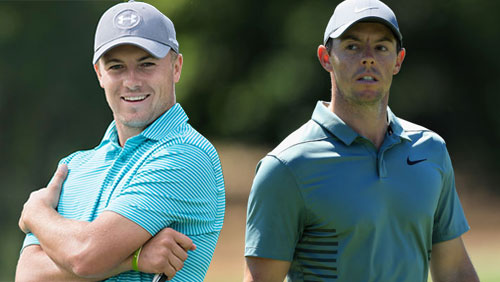 If one were to tell any golfer in North America, or the world for that matter, that they could have a choice of playing one golf course in the United States, it’s a lock the vast majority of them would chose Augusta National. It’s on the Mount Rushmore of USA sports locations alongside places like Lambeau Field, Fenway Park and Wrigley Field.

Augusta is also just about the most exclusive club there is, so most mere mortals won’t ever get to play the course. However, one week a year any fan can go visit and that’s for the Masters, the most prestigious golf tournament in the world.

This year is the 82nd version of the first major championship of the season, also a sign that spring has arrived in the USA. The Masters is also the only one of the four majors played at the same course every year. Augusta National is a par-72 measuring 7,435 yards. A total of 87 players are set to tee it up starting Thursday, the tournament’s smallest field this century. The Masters always has the smallest field of the majors.

The opening betting favorite this week was Northern Ireland’s Rory McIlroy at +900, but he has now slipped to a +1000 second-favorite to Jordan Spieth (+900). McIlroy is looking to become the sixth golfer to complete the career Grand Slam; he has won the U.S. Open, British Open and PGA Championship. The only golfers to win all four are Jack Nicklaus, Tiger Woods, Gary Player, Ben Hogan and Gene Sarazen.

McIlroy has come close at Augusta a few times. He was dominating the 2011 tournament until a back-nine implosion Sunday led to a final-round 80 and a 15th-place finish. McIlroy tied for seventh last year.

Thomas is the reigning PGA Tour Player of the Year without a Top-10 finish in two trips to the Masters. Johnson, who could lose his top ranking this week depending on the Masters results, was the favorite last year but injured himself in a slip and fall the day before the event and had to withdraw. He was Top 10 at Augusta in 2016 and 2015.

Rose lost in a playoff last year to Sergio Garcia, Rose’s second runner-up result in three years at the Masters.