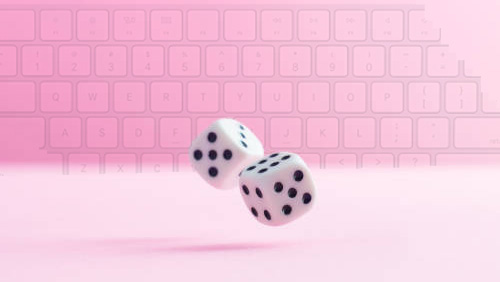 How far will opponents go to stop gambling, especially online gambling? When you have a casino multi billionaire like Sheldon Adelson in your corner, chances are you will go pretty far. Several lawmakers in the United States are pushing for changes in how online gambling is advertised on websites, complaining that the ads are targeting the youth.

Current and former lawmakers are pressuring both U.S. Congress and the U.S. Department of Justice to make changes regarding online gambling advertising. Former Sen. Blanche Lincoln, a Democrat out of Arkansas, has highlighted several issues where gambling ads have appeared on sites that included “Twelve Ways To Stop Gambling Addiction Forever,” as well as an otherwise gaming website geared for girls. Lincoln, along with several others, want Congress to overturn a 2011 decision that permits states to offer internet gambling.

It’s important to point out that Lincoln now works for the Coalition to Stop Internet Gambling (CSIG), with the emphasis on “Internet.” CSIG is backed by none other than the 12th richest man in the world, Sheldon Adelson, who just happens to be the head of brick-and-mortar casino group, the Las Vegas Sands Corporation. In an interview with Business Insider, Lincoln compared online gambling ads to cigarette ads, stating, “You used to have the Marlboro man, you used to have those ads. Congress in its wisdom and some in the industry determined it was not appropriate. The advertising part of it is exactly what hooks kids and seniors who are desperate, who are marginalized individuals and trying to feed a family.”

The issue isn’t as cut and dry as she might think. The ads that routinely appear on websites are actually presented based on browsing history. If someone searches for a vacation in the Bahamas, it is very possible that future website visits will result in ads that display items such as hotels, islands, retreats and other related ideas. This type of advertising is referred to as retargeting advertising, where a web user’s history is used to present ads during future visits to any number of sites that are paid to allow advertising.

The news outlet contacted an advertising expert to get his opinion on retargeting, and was told that the issue was more a problem of the website than of the advertiser. Controlling the types of ads that appear is possible, but it’s a difficult process that requires advanced web-building knowledge, according to the report. Even then, there exists the possibility that some ads could fall through the cracks.

In response to the anti-advertising movement, a gambling industry insider has claimed foul. The insider, who requested anonymity, said that the opponents were fabricating their findings to support their claims, which certainly wouldn’t be difficult to swallow.

Lincoln isn’t the only one who wants things to change. In 2017, South Carolina Senator Lindsey Graham and California Senator Dianne Feinstein, both Democrats like Lincoln, drafted a letter to the Attorney General’s (AG) office requesting that the 2011 decision be repealed. Mark Warner, a Democratic Senator out of Virginia, has also put in his two cents to the AG, requesting that AG Jeff Sessions review the case. So far, no decision has been made.