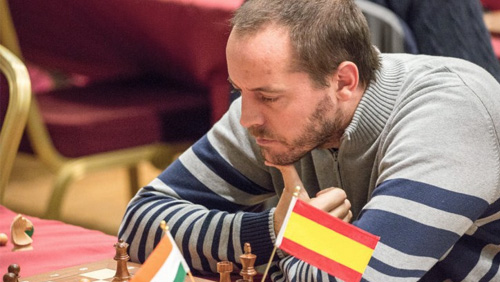 While almost everyone will admit that there are some laws—regardless of the country—that can really cause heads to spin, this one probably beats them all. A poker player in Spain has been slapped with a huge tax bill for losing at poker. Talk about adding insult to injury.

A few years ago, chess grandmaster Francisco Vallejo Pons was looking for a new pastime. Already an occasional poker player, Pons decided to participate in a few money games in 2011, spending, according to him, only a couple thousand euros, Chess.com first reported. His time at the felt ultimately didn’t go as planned, and he ultimate lost all the money he put in.

In 2016, Pons received a letter from Spain’s version of the Internal Revenue Service, informing him that he owed taxes on the money he had spent playing—and lost. The amount that he owed, according to the tax authority, was more than $615,000 (€500,000). It all came down to one, antiquated tax law.

The law stipulated that all online poker winnings were subject to a tax of 47%, and that losses could not be deducted. While Pons ultimately bottomed out and left with nothing, during the time he played he had put a significant amount of earnings in the win column, accumulating more than $1.2 million (€1 million). From this, the taxes were due.

Pons didn’t have a chance to fight the bill. As would be expected, the taxman isn’t ever going to forego the chance to collect over half a million dollars and took a large portion of the taxes out of his savings. Due to the incident, Pons was forced to remove himself from chess tournaments, suffered health issues and had his entire life turned upside down.

Fortunately for poker players after 2012, the law has been stricken and now, as is the case in virtually all countries, the taxes due are based on the final result after subtracting losses from winnings. However, there have been others like Pons. Some have been able to strike deals with the tax authority while others suffered the same fate.