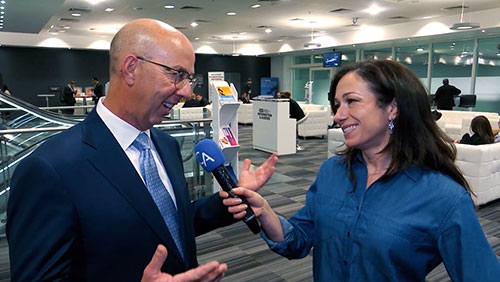 In this interview with CalvinAyre.com’s Becky Liggero, Gavin Isaacs of Scientific Games explains how regulators’ perception of gray market impacts mergers and acquisitions.

Gray markets have been a deep well of revenue for many gambling operators seeking new revenue streams. The only problem operators faced were regulators demanding international compliance as a condition for licensing.

Regulators’ perception of gray markets, however, has changed over the years as communications between them and the operators improved, according to Gavin Isaacs of Scientific Games. Isaacs noted that regulators have become more responsive than in the past.

“It [perception of gray markets] has changed over the years and I think it’s changed for the better, because it used to be there was white and there was black, and if it was gray then it was black. The regulators are communicating better with each other and with us,” Isaacs told CalvinAyre.com. “We are communicating better and so, when you want to do an acquisition and there are maybe some gray market issues, if you’ve got your own internal processes and you can show good justification why they’re not black, clearly that’s out of the question.”

As countries across the world adopt legal frameworks to govern gambling, Isaacs said that many gaming manufacturers have learned to adapt to multiple regulations.

He advised operators to build their processes accordingly in order for them to be able to ride smoothly on the wave of regulations.

“As someone said to me, ‘Google or Yahoo might come out with 34 fixes, and that means they’ve got people just constantly doing fixes.’ That’s the online environment,” the Scientific Games executive said. “Land-based environment, we’ve always had 200 jurisdictions in America… we might make a game for 30 different jurisdictions. We’ve always done that. I think you need to have good processes.”

Isaacs also emphasized the importance of having a good business strategy for them to be able to see whether things work.

“I think that’s a key element to every company in whatever industry they’re in. Shows like [ICE] are very important because they showcase different areas of opportunity, innovation,” Isaacs pointed out. “A lot of what you see isn’t maybe approvable in many, many jurisdictions but in some way, you can try things. You can see whether things work. You can get feedback. You can see more cutting-edge innovation that sometimes regulated markets don’t get for quite a while.”