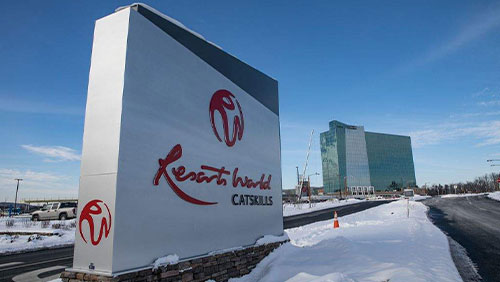 New York’s poker princess, Molly Bloom, fails to win an Oscar, and the state throws a bottle of champagne at the invisible walls of the largest poker room to open in the land of big fruit.

Four times I thought I was a goner.

I was 18. I snogged with a Cypriot girl in a Cypriot nightclub. I’m not Cypriot. Her brother and his mates were. I received 23 stitches in a knife wound.

Moving into my late 30s, and I was in Tallinn, Estonia for the European Poker Tour (EPT) Main Event. One night I hopped in a cab with two UK poker players heading to a restaurant. As these two prats talked about how many millions they had won playing a game of cards, I was sure I was about to be kidnapped and buggered, as he pulled into a disused industrial estate only to see the guiding light of our restaurant.

The third time was silly really. I was in Breckenridge, skiing. I got onto the ski lift with two kids who looked cooler than me. I was to cool to pull the bar down. As it rocked backwards and forwards, stuff leaked out, for sure.

And then in January, on the way to the PokerStars Caribbean Adventure (PCA), I missed my connection in JFK and had to spend two nights in a freezing-cold New York armed with a suitcase full of shorts and mankinis.

I tried three hotels close to the airport. Nothing. Like a man in bed with a frisky woman minus a condom or a coil, I panicked. I booked a hotel a million miles away and jumped into a cab with a driver who handled the yellow blur with all the grace of Nigel Mansell.

And when I got there, I had to pay him $120. The hotel was garbage. The next day, I had to pay $120 to go back from whence I came because there was nothing for me to do.

I should have asked the nut to have driven 90-miles to the outskirts of NYC and dropped me off at Genting’s swanky Resorts World Catskills.

At roughly the same time New York’s former poker princess Molly Bloom failed to win an Oscar (you know what I mean), New York’s largest integrative resort in the state was opening their new poker room.

The room (they should have given it a cool name like Molly Bloom’s Room) is the largest in New York measuring in at 5,000 square feet. There are 19-tables, 171 seats and 80 dealers (meaning 61 of them are going to be rolling pennies across the floor to pass the time until knock-off).

There are 24-hour cash games. Tournaments will feature sometime in the future. For a minimum $30 buy-in you can play Limit, and No Limit Hold’em, Pot Limit Omaha, and Omaha Hi-Lo as well as 7-Card Stud.

The poker room has all mod-cons including USB charging ports at the table, food and beverages (why does anyone use that word) and a range of TVs so you can watch something more interesting than playing poker.

There is also an in-room cashier, so you don’t have to go very far to withdraw your life savings. And there is also a Bad Beat Jackpot starting with quad fives.

All told, Genting is expecting to pay $1.2 billion on this gaming giant. When construction ends, there will be a hotel block with 332 all-suite rooms, an entertainment village, shopping centre and indoor waterpark.

The gaming room spans more than 100,000 square feet. It has five gaming areas, 150 live tables, 2,150+ slot machines, a VIP Room. If that taxi driver had off dropped me off there, it’s very likely that I would have done my knackers and faced death for the fifth time when my other half tried to withdraw a few quid to buy a can of curried chickpeas for dinner.