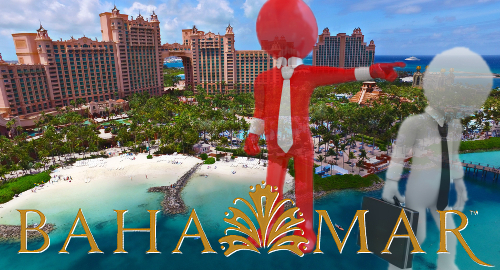 The Baha Mar casino in the Bahamas has reportedly sacked two of its executives following the arrest of two suspected Colombian prostitutes at the integrated resort.

On Monday, the Bahamas Tribune reported that the two unnamed execs were dismissed last week on “suspicion of impropriety” following an internal investigation. The report quoted Baha Mar’s senior VP of administration and external relations Robert Sands saying the pair were fired after management became aware of “potential misconduct.”

Without directly drawing a line from one to the other, Sands also noted that the Royal Bahamas Police Force “concurrently arrested two women, who were charged with overstaying their visas.” The Colombian nationals entered the Bahamas legally on January 9 but were authorized to stay in the country for only nine days.

According to court prosecutors, Cable Beach police set up an undercover operation at Baha Mar on February 17, leading to the women being charged with visa violations three days later. Despite police suspicions, they apparently failed to gather sufficient evidence to charge the pair with solicitation.

It’s unclear if the firing of the Baha Mar execs was directly related to the suspected prostitution. But the Tribune reported that “at least two suites” at the property may have been used to ‘entertain’ VIP customers of the property’s casino.

Baha Mar reportedly informed the Bahamas Gaming Board last week that the dismissals were related to a “failure to fully disclose.” The Tribune reported that the Gaming Board had already been investigating one of the fired officials, whom a source claimed had been subject to investigation in Las Vegas for alleged mishandling of client funds.