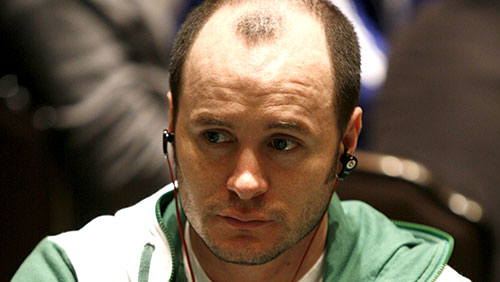 Lee Davy shares his opinion on Mike Leah and Ryan Yu’s behaviour during the heads-up phase of the recent World Poker Tour Main Event in Fallsview leading to Leah’s title win and an outcry from some sections of the poker community.

Can you imagine winning a World Poker Tour (WPT) title?

The experience is different for a professional poker player compared with someone who files the game alongside Spotify, Netflix and watching Match of the Day on a Saturday night.

Mike Leah has won ten major online titles across the full breadth of rooms. World Series of Poker Circuit (WSOPC) gold rings cover the fingers and thumb of an entire hand, and he has a bracelet to boot.

This past week, Leah was in the Fallsview Casino Resort in Niagara, where he had plans to add a World Poker Tour (WPT) title to that hoard. Fallsview is a place where Leah feels safe enough to leave the chain off the door. He has won three titles there since 2014, and as he stated on Facebook, he had an inkling he would win this one as early as Day 2.

“I wanted to win this tournament more than any other I can remember – I was messaging a friend early Day 2 when I had 20 bb’s making plans for them to come back and watch the Final Table – I told them I was going to make it & win.” Wrote Leah.

Leah did win it, but the happy ending has left a nasty taste in the mouths of some sections of the poker community. Picking up on this, Leah duly responded with an explanation on Facebook.

I don’t typically do this. I wake up in the morning, figure out what I am going to write, and the rest is a blur. So I have some sympathy with the series of events that has led to Leah sharing his reasoning.

There were 517 entrants in the field, and we all know, that you DON’T have to beat all of them to win the most money or the title. With rare exceptions, poker is a game where the players pay to play, and this vital fact means they have a significant say when it comes to the rules of the game.

Leah met Ryan Yu when heads-up (HU) with Yu holding a 2:1 chip lead. Before the HU phase began, Yu asked Leah if he wanted to make a deal. Leah explains on Facebook how none of his major titles involved deal-making, and he isn’t typically in favour of the play, preferring to be more of a romantic about such things.

But this deal was golden.

Yu wasn’t interested in the title or the place in the WPT Champions Club. As Yu explained on Twitter:

“Basically, I didn’t want the 15k seat, and the trophy is nice, but for whatever reason, I don’t really care for it. We valued different aspects winning differently (and Mike should value it more he is much more accomplished), and I thought I was being generous, but who cares?”

It seems a lot of people cared.

Yu was happy with an even ICM deal and also promised to give Leah the title, the Champions Club place and a seat in the $15k Tournament of Champions.

Read above, but also note that Leah stated on Facebook that he came into the HU phase with no thought of a deal, and when Yu suggested it, Leah expressly told Yu that his terms were the win or they played for the lot. Yu agreed with Leah’s conditions, leading to the vital question should Leah have accepted the terms?

Should Leah Have Agreed to a Deal

How could anybody not agree to this deal?

Poker players are very rational creatures. They’re trained to suppress emotions for a living. If we try to empathise with how Leah was feeling at this point, it’s obvious he is making the deal. Leah will be experiencing an exciting concoction of tiredness, delight and anticipation. Do you think Leah is thinking rationally about the following day’s headlines, how the WPT is going to report what happens next or the integrity of this great institution?

The pair agreed on a deal, but the WPT doesn’t allow dealmaking and forced the couple to play it out. Yu and Leah did what they felt was the most transparent thing to do.

Yu raised-folded until he ran out of chips. The WPT blog conveyed nothing but the facts, and the whole situation (from a viewer’s perspective) seemed nonsensical. However, instead of focusing on the role the players made, the lens should drift towards the WPT and how they handled it.

The Role of the WPT

The WPT has to ensure that final table deal-making doesn’t happen because the beating heart of the company is their televised product. The WPT was my gateway drug, as it is and has been for millions more. It pulled me in because of the drama, excitement and wonder. All of this ends, if the final shot of a 517-person event is someone deliberately dumping chips to the other player because he doesn’t care about the title.

The responsibility for preventing what happened between Leah and Yu falls to the WPT. They know that, and they handled that. What happened in Fallsview happened because the final table was a private affair. There was no live stream. There were no TV cameras. The only communication vehicle to the world, outside of personal social media, was the WPT blog.

If the WPT was filming the Fallsview event for TV broadcast, this deal doesn’t happen. The tournament team step in and common sense prevails. A man of Leah’s integrity and love of the game would have forced a different outcome that suited all parties.

Reading through Leah’s Facebook post he understands the blather that has surfaced since he made his heat of the moment decision, but he isn’t a fan of the headlines suggesting that Leah bought a WPT title.

Writers are no different, Mike.

You had an unbelievable opportunity that you couldn’t pass up, and when a writer stumbles across an incident as petrol-ridden as this one was, you can’t blame anyone for creating a match-striking headline.

You can read Leah’s thoughts in full, right here.