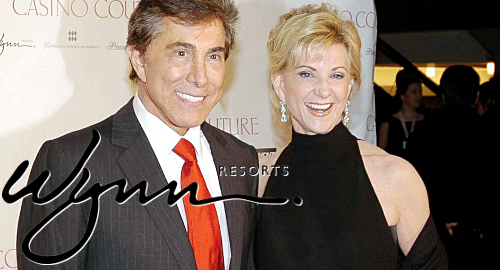 Embattled casino titan Steve Wynn has given up his multi-year fight for control of his ex-wife’s Wynn Resorts stock, just days after he resigned from the company he founded under a cloud of controversy.

On Friday, Wynn Resorts filed a letter with the Securities and Exchange Commission in which Steve’s attorneys announced that “in light of the significant changed circumstances triggered by Mr. Wynn’s resignation … Mr. Wynn no longer contests [his ex-wife Elaine] Wynn’s judicial admission that the 2010 Stockholders Agreement is invalid and unenforceable.”

Steve and Elaine have been locked in a multi-year legal fight over her right to do what she wants with her 9.4% stake in Wynn Resorts. Steve had claimed that Elaine had breached the terms of their 2010 divorce settlement, which effectively gave him control over her shares (and the combined voting power with his own nearly 12% stake in the company).

Wynn Resorts also announced that Steve has “no immediate plans” to sell any of his shares in the company and has promised that, should he choose to sell, “he will seek to conduct such sales in an orderly fashion.”

Elaine has previously stated that she wishes to sell her shares, which could increase the likelihood that some entity might pursue a takeover of Wynn Resorts. But Jim Murren, CEO of rival MGM Resorts, told Bloomberg this week that it was “difficult to believe some entity is going to have the financial wherewithal to make a serious bid” for Wynn’s assets.

The matter is further complicated by a Nevada court ruling this week that Japanese casino operator Kazuo Okada can pursue claims against Wynn Resorts to reclaim his 19.66% stake in the company that was forcibly redeemed (at a significant discount) in 2012 after Okada and Steve had a major falling out.

The SEC letter was filed just days after Steve resigned as Wynn Resorts chairman and CEO, which came 10 days after the Wall Street Journal reported on allegations of decades’ worth of sexual harassment by Steve against female members of Wynn Resorts’ staff.

Steve has characterized the allegations as “preposterous” but stepped down anyway because the “avalanche of negative publicity” meant that he couldn’t “continue to be effective in my current roles.”

WYNN RESORTS DROPS INTERNAL PROBE
Meanwhile, the Wall Street Journal reported Friday that Wynn Resorts had halted an external probe into the sexual harassment allegations. On Feb. 2, Wynn’s board of directors hired outside law firm O’Melveny & Myers LLP to investigate the allegations but the board now says Steve’s departure means the company “no longer requires” the law firm’s services.

Wynn’s decision to drop its probe won’t affect similar probes by gaming regulators in the jurisdictions in which Wynn operates. This week, the Massachusetts Gaming Commission said it would “aggressively continue” its probe into what the Wynn board knew of a $7.5m Steve paid in 2005 to settle a harassment claim by a Wynn Las Vegas manicurist.

Becky Harris, the recently appointed chair of the Nevada Gaming Control Board, also said this week that her group’s investigation into the allegations “will continue.” The Macau Gaming Inspection and Coordination Bureau has yet to comment on what effect Steve’s resignation will have on its handling of the allegations.