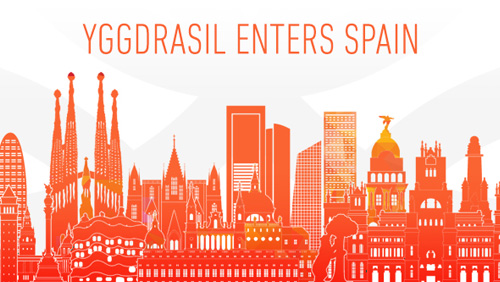 February 8th, 2018 –  Yggdrasil Gaming is to enter the Spanish igaming market later this year after reaching an agreement with existing partner GVC.

GVC, which has a strong presence in Spain including its leading bwin brand, will be the first operator to offer Yggdrasil titles in the market.

Yggdrasil games are expected to go live in the market during Q2 2018, in full compliance with Spanish requirements.

The Spanish online gaming market has enjoyed impressive growth in recent years, particularly since it added slots to its offering in 2015.

According to regulator Dirección General de Ordenación del Juego (DGOJ), online gaming revenues were up 37% year-on-year for Q3 2017, to €140.5m.

and exciting jurisdictions, making it a perfect environment for Yggdrasil’s award-winning slots and promotional tools.

“To enter Spain with GVC, a long-time partner across multiple jurisdictions, will ensure our games are enjoyed by slots fans across the country.

“Following recent entries into Denmark and Italy, it also underlines Yggdrasil’s commitment to expanding its footprint in Europe’s regulated markets.”

Andrew Whitworth, Head of Content, GVC, said: “We were not going to pass up the opportunity to be the first operator to bring Yggdrasil’s slots to Spain, and we are certain they will perform strongly in the market.”

The move into Spain is the latest example of Yggdrasil’s regulated strategy, which saw it enter Denmark earlier this year and Italy during Q2 2017.