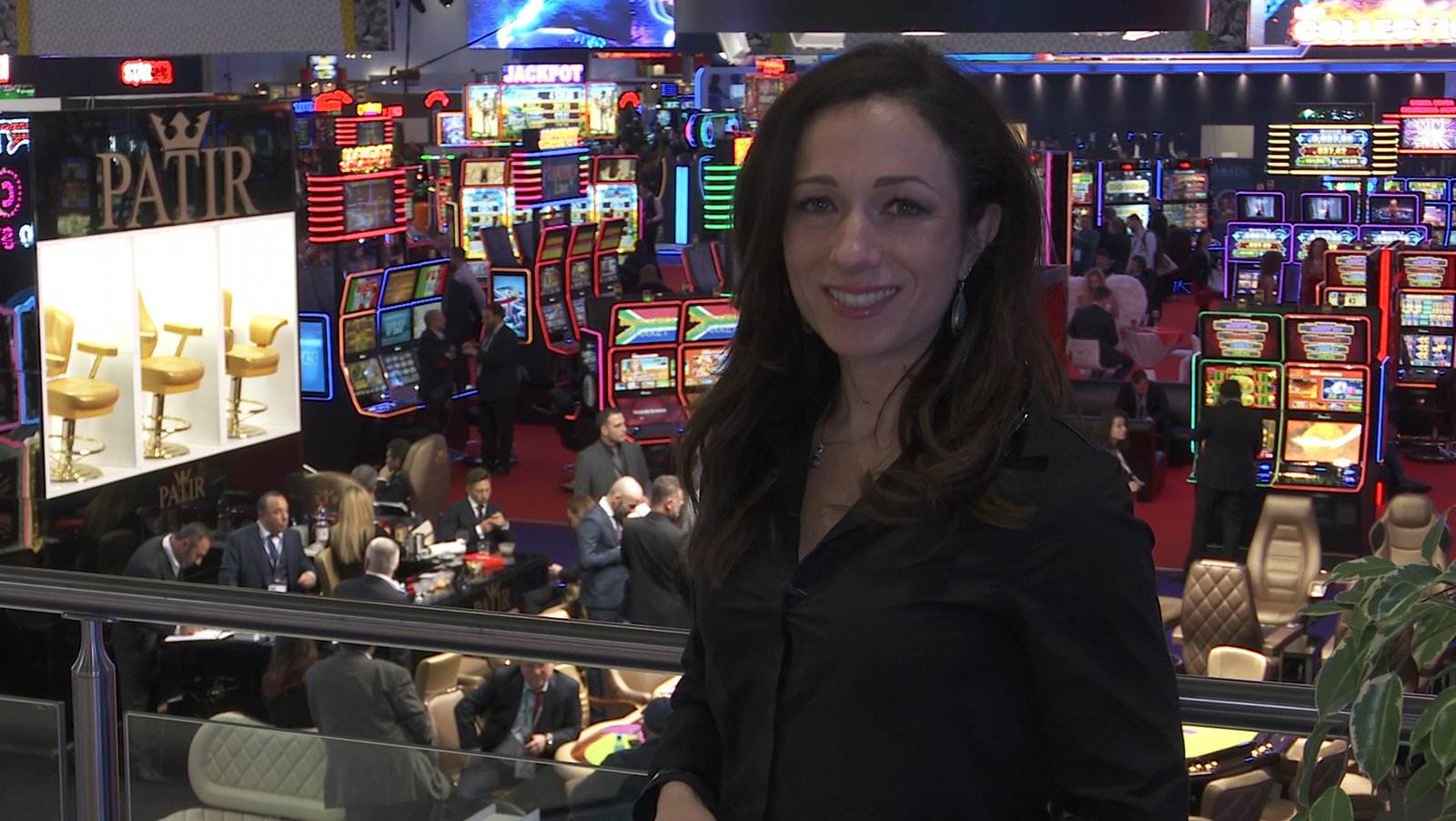 Today marked the grand opening of ICE Totally Gaming’s expo floor, one of the largest displays of land based and online gambling industry products, services, innovation and more. Traditionally the first day of ICE’s expo floor includes a number of special announcements and reveals, a phenomenon that also proved to be true for 2018.

Scientific Games and NYX announced their merger in September 2017 and the deal was closed on January 5th of this year, just in time to make a massive splash at ICE Totally Gaming.

“Today we have announced the launch of SG Digital, its the fourth leg in the Scientific Games empire”, SG Digital CEO Matt Davey told CalvinAyre.com.

“So they have their SG Gaming Business, their SG Lottery business and then previously they’ve had SG interactive and SG interactive was predominantly a social gaming business. So we split that into two now, their B2C business SG Social and then the B2B business is SG Digital and that includes all the NYX Gaming Group business plus the B2B part of the Scientific Games empire”, he said.

“Now its all come under one banner, we’ll provide a great platform, gaming content, sport betting content and lottery content, all under the SG Digital business. So about 1500 people in the company in our division, another 200 customers or so, 2,000 games and an international footprint that I think is the biggest in the world now. That’s SG Digital”, Davey added.

We also learned Davey was the recipient of “CEO of the Year”, announced on the eve of February 5th at the Global Gaming Awards, a testament of what excellent leadership Davey has provided for his team throughout the process of the merger.

Davey spoke of the amazing work his team has accomplished between working on the deal while at the same time maintaining a strong roadmap strategy. He referred to his team’s ability to be ready for ICE 2018 under the new brand of “SG Digital” as an “outstanding achievement”.

When it comes to his plans for the rest of the year and beyond, Davey said with an incredible set of digital assets and land based assets, the challenge now is integrating the two and making this Omni-Channel system work, something that will likely take a few years to perfect.

Habanero has a presence at ICE this year to showcase their bespoke slot content and help expand their presence into Western Europe. Arcangelo Lonoce, Habanero’s Head of Business Development, told CalvinAyre.com what separates his company’s offerings from the rest.

“We pride ourselves with operational excellence as well as exceptional content”, he shared.

“I believe what really makes us stand out from the crowd is the fact that we do offer games that are extremely attractive, with beautiful features, lots of wonderful sounds and visuals and animations, but first and foremost we consider the mathematics the main thing and the game play element”, Lonoce added.

A number of suppliers in the gambling space are looking to expand their offerings in Europe’s regulated markets, a feat Habanero is looking to accomplish by mastering the Italian market first.

“Italy of course is the main regulated market in Europe at the moment, but effectively its a big market full of very big players and we are ready to target it from a compliance perspective”, Lonoce said.

“So I believe Italy is important strategically in our vision as the start of our vision to expand into Western Europe”, he added.

Aspire Global is at ICE this year to promote their new sportsbetting vertical, a product that, according to the company’s CEO Tsachi Maimon, truly stands out in the market.

“What we did with this bespoke vertical was two different things that are unique today in the industry”, Maimon told CalvinAyre.com.

“First of all we are the first platform provider that can provide a full turnkey solution for companies to operate on sport. So we are managing their day to day routine, not just providing the sport platform, but managing their operations, so support, VIP, fraud. This is one thing that is unique to Aspire”, he said.

“The second is that we integrated a very unique tool just for us, exclusive for Aspire Global operators, which is the bet recommendation. So when a player is coming, he doesn’t need to know where to bet, we are recommending to him where to go, what are the best odds to play in, in order to have maximised his winnings. So this is something that we added recently”, he added.

Aspire Global’s turnkey offering has also been designed to assist with the challenges that come along with operating in more than one regulated market.

“Its one of the most challenging things when a company is saying look, lets enter this market, that market. They don’t know sometimes the work that the platform needs to deal with, the certification and the development, so it takes up to a year to enter a market with a platform”, Maimon said.

“So this is the work that we already did for six different jurisdictions and we see it as a strength of our platform”, he added.

The first announcement was NetEnt’s Live Casino product partnership with Mr. Green, a conversation that began last year at ICE 2017, came into fruition throughout the year and was announced to the public just today.

Together the pair are launching “Live Beyond Live”, the next generation of Live Casino in which you can animate whatever you want to have in your casino.

“Its not just a dull, normal casino environment, you can get whatever you want. Its just an amazing product, I’m so proud to launch it today”, Eriksson told CalvinAyre.com.

Of course no ICE Totally Gaming is complete without a NetEnt branded slot reveal and this year we were treated to two of them.

“Right now as you know its not just movies anymore, its TV series. They have more viewers than normal movies so we went into that space this year and the first brand we revealed was Narcos, the highest ranked series on Netflix”, Eriksson shared.

When it came to the second new brand reveal Eriksson said, “For me, coming from Scandinavia, this brand is special. Its 37 million people watching it in 60 different countries and its Vikings!”