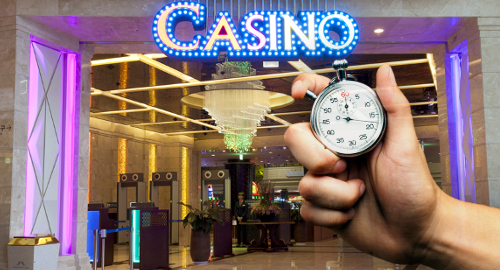 Late last year, South Korea’s Ministry of Culture, Sports and Tourism ordered Kangwon Land – the only casino at which South Korean citizens are legally permitted to gamble – to reduce access to its casino floor from 20 hours per day to 18 hours.

On Thursday, Kangwon Land announced that its casino floor would now shut down at 4am instead of 6am. The casino will reopen to guests at its usual time of 10am. The change is set to take effect on April 1, which many gamblers will likely view as a rather unfunny April Fools’ prank.

As the only casino where locals are permitted, Kangwon Land has enjoyed revenue that (until recently, at least) outstrips the combined tally of the rest of the nation’s casinos. However, this unique selling point has also brought enhanced scrutiny of the casino’s effect on locals’ problem gambling behavior, making the casino a convenient whipping boy for headline-hungry politicians.

Early last year, Kangwon Land introduced ‘cooling off’ measures to reduce problem gambling activity by its customers, with a resulting downward pressure on the property’s revenue and profit numbers.

The downward spiral is likely to continue in 2018, as the government has also ordered Kangwon Land to reduce its complement of mass market gaming tables from its current 180 to 160.

Kangwon Land is only recently recovering from a hiring scandal that earned the company even more bad press. Shortly before Christmas, the casino appointed Moon Tae-Gon as its new CEO, and he announced that his “first task is to turn around a poor standing through in-house innovation.”

In addition to its gaming options, Kangwon Land is also a full-fledged mountain resort, and is therefore positioning itself as the place to be for tourists attending the 2018 Winter Olympics in PyeongChang, which kick off next week.