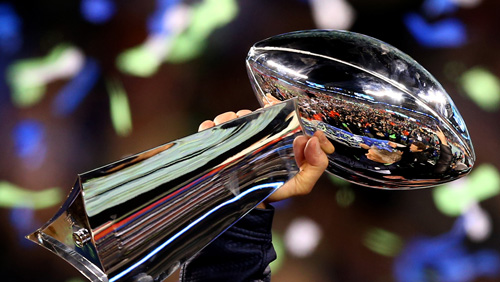 Last year in Super Bowl 51, the New England Patriots outscored the Atlanta Falcons 31-7 in the second half and overtime after overcoming a record 25-point deficit to win their fifth Vince Lombardi Trophy.

The first half is listed as a +115 underdog (bet $100 to win $115) and was higher scoring two years ago in Super Bowl 50 when the Denver Broncos held a 13-7 lead over the Carolina Panthers at the intermission en route to a 24-10 victory.

It was also the higher scoring of the two halves three years ago in Super Bowl 49 when New England edged the Seattle Seahawks 28-24 after Malcolm Butler’s dramatic interception at the goal line that preserved the win. The pick also kept the first half higher scoring.

Other interesting scoring props for Super Bowl 52 involve margin of victory and exact winning margin for each team.

In the five previous Super Bowl wins for the Patriots, only one of them has been decided by more than four points, which was last year’s 34-28 win over the Atlanta Falcons. If you think they will win again by between one and six points, you can get +300. In addition, each of New England’s first three Super Bowl wins were decided by exactly three points, and that result pays even better at +700.

Philadelphia lost to New England 24-21 in Super Bowl 39 and previously fell to the Oakland Raiders 27-10 in Super Bowl 15. If you think Super Bowl 52 will be decided by three points either way, the odds are +400.