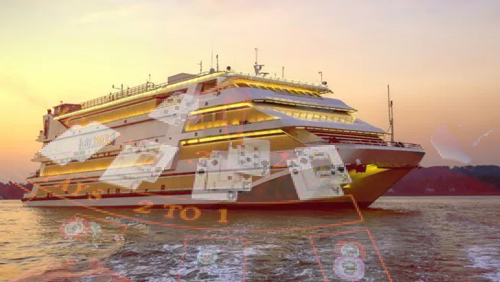 Casino operator Delta Corp. faces a bright future after international brokerage Union Gaming forecast casino gaming revenue in the Indian state of Goa will hit the $1 billion mark in the next couple of years.

In its latest note, Union Gaming analyst Grant Govertsen recommended a buy rating for Delta Corp. as it expects the casino operator’s revenue to grow 34 percent this year on the back of improving infrastructure and a greater acceptance of gaming in India.

Union Gaming’s optimism on Goa’s casino sector is based on the Indian state’s plan to transition from riverboat to land based gaming. For years now, Goa’s government has been trying to find a new temporary location for its floating casinos, but ‘not in my backyard’ attitudes prevail wherever the government suggested alternatives.

It estimated that Goa will become a $1 billion market once the land-based casinos open.

“It is the already-government-telegraphed move to land-based operations in Goa (from riverboats today) that will provide the highest levels of growth in the out years. We expect the government’s formal announcement early this year,” Govertsen said.

Union Gaming expects Delta, which has 70 percent supply share of Goa, will be the leading land-based casino player. The brokerage likens the casino operator’s return of investment story to Sands Macau when it first opened.

On Monday, Delta announced that its net revenue for the fiscal third quarter grew 57 percent to Rs1.62 billion (US $25.3 million).

In December, Delta CEO Anil Malani said they will have their hands full in the coming years as the Indian state transitions its shipboard casino licenses to land-based venues. He claimed that Delta’s floating casinos were “completely strained for capacity.”