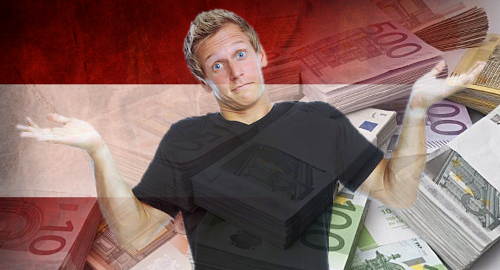 Austria’s government is getting fat off taxing international online gambling operators, even as it refuses to issue local licenses to these same operators.

On Thursday, Austrian media outlet Profil published an interview with attorney Julia Eckhart, who claimed the government had collected at least €155m in taxes and duties since 2011 from 17 online gambling operators, most of which hold licenses issued in Gibraltar or Malta, but who lack the Austrian government’s official approval to operate in their country.

Austria has formally approved online gambling with casino and poker products by exactly one operator, the Win2Day online brand of Casinos Austria’s Österreichische Lotterien subsidiary. But in 2011, the government began imposing a 40% tax on all online gambling revenue derived from Austrian punters.

Malta-licensed online casino operator Mr Green has protested this taxation without representation via Austrian and European Union courts, although this latter effort was cut short in December when the European Commission dropped all infringement procedures against EU member states’ protectionist gambling markets.

For its part, the Austrian government appears uninterested in altering its current stance, although it recently flirted with the notion of requiring local internet service providers to block the domains of unauthorized international gambling sites.

Attorney Eckhart, who has previously represented gamblers challenging the legality of local gambling giant Novomatic Group’s operations, suggested there would be no disruption to Austria’s online gambling status quo, and that the operations of internationally licensed sites were “tolerated by the Austrian authorities.”

In 2016, Eckhart told Gluecksspielinfo that Austria’s gambling rules were “not primarily aimed at protecting gamblers and combating crime, but rather at protecting politically-minded companies and increasing public revenue.”