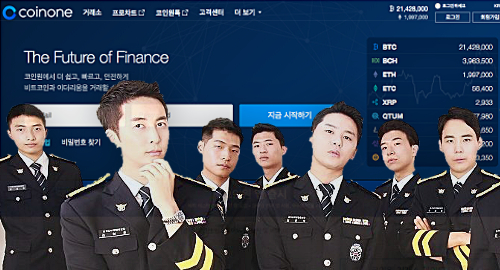 On Wednesday, the Korea JoongAng Daily reported that the Gyeonggi Nambu Provincial Police Agency had launched a probe into the Coinone exchange’s margin trading scheme, in which customers could effectively wager on whether the price of a cryptocurrency would rise or fall.

The police claim that margin trading is gambling by another name due to customers risking money on an outcome determined by chance. Coinone disputes this interpretation, noting that short-selling is common on Korea’s traditional stock exchange platforms, but the police insist that crypto exchanges don’t rise to the same standards.

South Korea keeps an extremely tight lid on its citizens’ ability to gamble. Local residents are allowed to gamble at exactly one of the country’s land-based casinos, and the only other legal options include the lottery, plus limited forms of sports and race wagering.

South Korea isn’t shy about prosecuting unauthorized gambling operators and also prosecutes individual gamblers, regardless of whether they gamble at home or abroad. An unidentified Coinone rep told the media outlet that it would “provide legal representation for users who received requests from the police.”

Also on Wednesday, the country’s financial watchdogs conducted their planned “intensive probe” into six major banks to determine whether they “carried out their obligations to prevent money laundering in managing virtual accounts.” It’s not known when the results of this probe will be released.