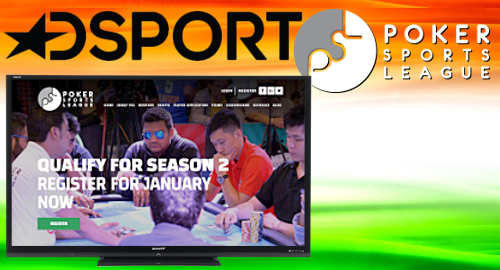 On Thursday, Dsport’s parent company Discovery Communications India announced that it had secured exclusive rights to broadcast season two of the PSL, marking the first time that poker will receive such coverage on Indian television. The coverage will be conducted in the English language, at least initially.

The PSL launched last year as the world’s first ‘franchise-based’ poker league. Ten teams competed in its freshman season, and the PSL has bumped this number up to 12 for its sophomore campaign. The teams will be competing for a total prize pool of Rs 30.6m (US $483k), a hefty bump from the year before.

DSport boss TS Panesar said his group was “elated to associate ourselves in this first of its kind journey” and assured audiences that the PSL team was “committed to creating an excellent broadcast-friendly show – to reach out to sports lovers across the subcontinent and make this an exceptional experience.”

PSL co-founder Amit Burman said the league’s biggest challenge has been overcoming “preconceived notions” regarding poker, the legality of which – at least, when played for stakes – remains a hotly contested issue at numerous levels of India’s legal system.

Last year’s PSL franchises did battle at the Deltin Casino Royale in Goa at the end of May, with the Delhi Panthers ultimately emerging on top. The season two finale will wrap up in the first week of May.

Each of the 12 PSL teams will consist of a mentor/playing captain, two pro players, two qualifiers from live satellites, three from online satellites, and two ‘wild card’ entries. The online qualifiers got underway last month on Delta Corp’s Adda52.com and will continue to run through April 23. Just don’t try to qualify online from the state of Telangana, okay?