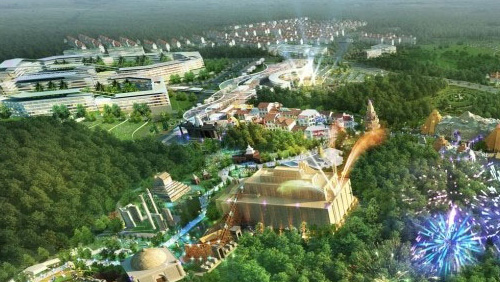 Hong Kong-listed Landing International Development Ltd. is postponing the opening of its foreigners-only casino on South Korea’s Jeju Island after the provincial council decided to sit on the company’s relocation request.

The Korea Times reported that Landing has moved the opening of Jeju Shinhwa World casino from January 28 to a later date due to the inaction of the Jeju Special Self-Governing Provincial Council.

The council didn’t offer any reason for the delay except that both Jeju Governor Won Hee-ryong and Council speaker Ko Chung-hong were being cautious about granting Landing’s petition, according to the report.

In an e-mail to GGRAsia, a Landing spokesperson said that the Jeju government is still processing the firm’s application, adding that they are hopeful that the council will approve it after February.

The casino operator plans to increase the number of its gaming tables to 160 and have 240 slots and electronic table games once the relocation pushes through.

Landing also hired some 1,900 staff—70 percent of which were Jeju residents—for its 2.51 million square-meter resort complex. The newly-hired workers, however, fear that they may lose their jobs following the delay of the casino’s relocation.

Landing denied the news report, saying that they continuously provide training to their casino staff until the opening of their casino.

Meanwhile, South Korea’s Ministry of Culture, Sports, and Tourism has ordered Kangwon Land Ltd. to reduce its number of mass tables and cut its opening hours.

Kangwon, the only casino firm in South Korea authorized to let locals gamble, must cut the maximum number of its mass tables from 180 to 160 as well as shorten its operating hours from 20 hours per day to 18 hours per day, the firm told the Korea exchange.