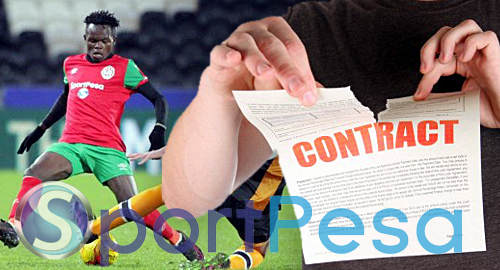 Sports betting firm SportPesa has made good on its threat to scrap its sponsorship of Kenyan sporting bodies after the government’s increased gambling tax took effect.

On December 31, the Football Kenya Federation (FKF) confirmed receiving a letter from SportPesa CEO Ronald Karauri noting last week’s ruling by Kenya’s High Court that the government’s imposition of a uniform 35% tax on all gambling products was legit.

The new tax rate officially took effect on January 1. Accordingly, Karauri told the FKF that “all contracts between us stand terminated as from December 31, 2017.” SportPesa was less than two years into a five-year, Sh500m (US $4.8m) sponsorship of the Kenyan Premier League, and FKF president Nick Mwendwa said the loss of this revenue stream would be “a big blow to us.”

SportPesa is also scrapping “the full value” of its deals with Gor Hamia FC, AFC Leopards, Nakuru All Stars, Kenya Harlequins and the SportsPesa Super 8 League.

Kenyan betting operators have complained that the new 35% gambling tax – on top of the 30% corporation tax – would make their businesses unviable, and thus Karauri warned last July that his company would likely be forced to scrap all its sports sponsorships.

SportPesa published an op-ed in local media assuring punters that the company planned to “shoulder the full burden of this tax” and that bettors “will not be affected” by the change. The company also said its operations would “remain unchanged for the time being” and that Kenya will remain its base of operations “for the foreseeable future.”

On Monday, the Nation reported that SportPesa had issued a notice of its intention to appeal the High Court ruling, based on the company’s belief that Kenya’s constitution requires the government to ensure the tax burden is shared fairly.

SportPesa backs up this argument by noting that other industries have the option to increase prices when subjected to increased taxes, but passing on the costs to punters will only encourage them to seek out more economical options available at internationally licensed online betting sites.