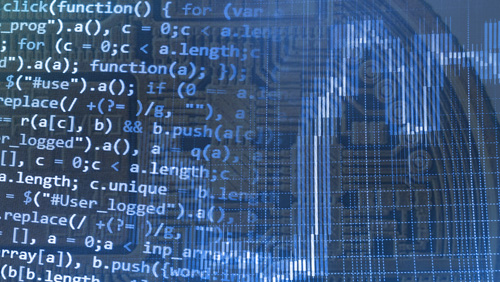 Three tales of a cryptocurrency nature that see Unikrn leaving the Australian market, BetCoin Poker dying on Christmas Day, and XWIN CryptoBet raising $1m in a pre-ICO on their way to world domination.

Try explaining to a 14-month-old that Unicorns don’t exist. They look at you with this dead dolphin of an eye, and say, “Unicorn,” while pointing at the TV showing the annual Christmas rerun of The Little Unicorn.

It’s even more complicated in Australia.

A week after the esports sports betting outfit, Unikrn, told customers that things would have to change after losing their Luxbet license, things have become clearer. In a pre-Christmas turkey statement, Unikrn, announced plans to leave their covet Australian market.

The decision, an inevitable gimp leg, arose after the Australian online gambling giant, Tabcorp, severed the head from their subsidiary Luxbet to prevent it from bleeding to death. Unikrn had secured a gaming license to do business in Oz through Luxbet. 2+2=4.

It’s not goodbye, more of a see ya later.

Unikrn officials revealed a thirst to return to the home of the Wallabies, but don’t have a definitive timescale to offer their loyal customers.

On the ‘good news’ front, those using Unikrn services in the UK won’t be affected by the Luxbet hiccup, and with a Maltese Gaming License in their safe, they’re about to rise like a Phoenix throughout Europe before eventually flying all the way to the land where it all began.

And let’s not feel too sorry for them.

They recently raised $31m during their Initial Coin Offering (ICO) the most abundant in the madness that has fallen on the esports/gambling ICO world in recent times. Unikrn is also using that fancy tusk to attract suitable suitors. Rahul Sood and the crew recently inked a deal with MGM and the French online gambling enterprise RBP.

Back in my WWE days, when I thought it was real, there was a tag team called The Bushwhackers who tested my faith. They were that bad; I began to think that maybe it’s nothing but a pantomime.

BetCoin Poker seems to be the Bushwacker of the online poker industry.

According to an announcement from the cryptocurrency based site. A stranger has acquired their assets, and he or she is not a fan of poker. The BetCoin poker room closed on Christmas Day, but you have to ask why anyone was playing on there in the first place?

And isn’t this what’s wrong with poker?

Despite overwhelming evidence that an online poker is shadier than Little Finger people keep playing. Reading through press reports from people faster than I, I can see tales of unannounced rake increases, phantom Bad Beat Jackpots, and an army of bots used to drive traffic.

BetCoin Poker climbed out of someone’s mind in 2013. In 2014, they synched with the Winning Poker Network (WPN) to increase multi-table tournament (MTT) liquidity.

The online casino, live casino and sportsbook remains open for business if you have any bushwhacking left in you.

The third bullet loaded into this crypto chamber is XWIN CryptoBet’s successful pre-ICO.

The esports betting platform raised $1m thanks to a loyal base of 3,000 sports betting crypto nuts who love the site. XWIN works from a Belize City gaming license but has plans to move into the Asian market, with interest from Japanese and South Korean investors.

Once XWIN has conquered Asia, they have plans to secure a Maltese Gaming License and raid the hot, fertile European lands.