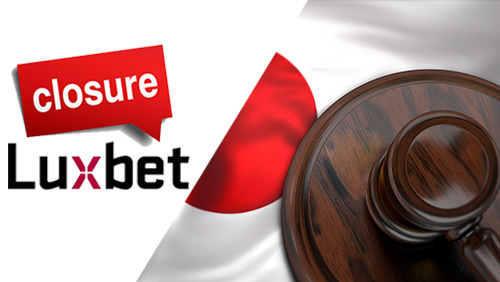 Two esports gambling tales including Unikrn having to react to the death of their licensing partner Luxbet and the Japanese esports community gets a boost after the gambling authority releases a plan to circumvent restrictive gambling laws.

Unikrn, the coolest sounding esports betting platform in the multiverse, has suffered a pinprick of a problem after Tabcorp announced its decision to sever the head of their Luxbet business.

Tabcorp decided on the cull in the wake of their $11 billion merger with former rival Tatts Group, telling the press that the company that made a tax loss of $13 million last year is no longer aligned with the long-term strategic interests of the bigger picture.

Luxbet pre-warned punters by announcing a strategic review of the business in August. The decision was passed on to account holders before the weekend emerged from beneath the midweek dark clouds. The final day of action is Dec 22. Punters have until Jan 19 to withdraw funds.

Created in 2008, Luxbet became the partner of choice when Unikrn decided to set up a real money online gambling shop in both Australia and the UK. The death of Luxbet means Unikrn can no longer use their existing licenses, but chief overlord Rahul Sood doesn’t seem to fussed.

Speaking to Esports Observer, Sood, explained that Unikrn were aware of the decision for some time and had prepared accordingly. The Luxbet problem veered from a potential shotgun wound to a pinprick, after Unikrn received a licence from the Malta Gaming Authority (MGA) back in October. They have also secured a European partnership with the French-based RBP.

“Unikrn will expand from two countries to over 80% of Europe and beyond,” Sood told Esports Observer.

An essential cog in the Unikrn machinery is their cryptocurrency UnikoinGold (UKG), and this week, Sood went to Medium to update his customers on the availability of the digital currency that helped Unikrn raise more than $30m during their recent Initial Coin Offering (ICO).

In the post, Sood said that it was more difficult than ever to get listed on a major exchange, but has managed to partner with CoinHub and Braveno.

CoinHub allows people to purchase UKG in exchange for FIAT currency and Bitcoin and Ethereum. Braveno is an exchange built for companies and developers, which Sood said should help potential partners utilise the Unikrn platform more easily creating UKG liquidity.

Japanese Esports Industry Gets a Boost

Sony and Nintendo corner a big slice of the global video game market. And yet, Japan, the birthplace of both organisations, are incapable of hosting mass video game tournaments because of an old law.

But that’s about to change.

According to Bloomberg reporter, Yuji Nakamura, the Japanese eSports Association (JeSPA) are issuing pro-esports licences to create a clear demarcation between those who purse esports as a way to pay the gas bill, and those that play because they have nothing better to do.

According to reports relating to the matter, Japanese video gaming competitions was big business in the 1980s until the authorities created new gambling laws designed to prevent the Yakuza from money laundering via video poker machines.

Don’t ask, but video games ended up in the fine print.