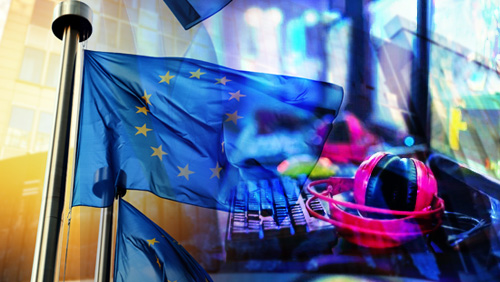 The esports betting platform Unikrn is ready to expand their real money offering throughout Europe after receiving a gaming license from the Maltese Gaming Authority.

As I sit here marinating in my thoughts, I think about William Hill, Ladbrokes, Bet365 and the other tribes in the gambling space and I think about the brick-like mobile phone Crockett and Tubbs used in the 80s. Then my thoughts turn to the esports betting platform Unikrn, and I see an iPhone X.

Everything about Unikrn and their founder, Rahul Sood, stinks of success, and there is more of it coming down the pipeline after announcing European expansion plans.

Since its birth, Unikrn has run a real money gambling operation in Australia and the UK, with a play money version available in non-licensed jurisdictions. But things are about to change dramatically after gaining a Maltese gaming license, and partnering with the French gambling outfit RBP, a platform with over 300,000 registered users and over a million unique visitors per month.

Work has already begun on Unikrn EU, and we will see the fruits of that labour sometime early in 2018.

In the meantime, the focus is on raising $100 million through Unikrn’s Initial Coin Offering (ICO) for their UnikoinGold crypto token. The pre-sale ICO raised $15m.

UnikoinGold, a decentralised ERC20 token on the distributed server processing system Ethereum Blockchain, replaces Unikoins, a centralised token system. In regions where Unikrn has a license to do so, spectators can use UnikoinGold to gamble on the outcome of matches, and a new skill-based gaming system yet to be released to the punters. Coins can also be used in-house as a form of tipping. In non-licensed regions, the coins can be used to purchase jackpot tickets, gain special access to private rooms, and anything else that doesn’t involve gambling.

Unikrn will also create UnikoinSilver to take over the role that Unikoin previously held. The primary difference is Silver coins cannot be taken off the Unikrn platform.

Approval from the Maltese Gaming Authority (MGA) means Unikrn has access to 80% of the European gambling market. In July, the MGA signed a Memorandum of Understanding (MOU) with the Esports Integrity Coalition (ESIC) and announced plans to become the esports capital of the world.

France Closing in on ICO Ruling

And what do the French think of ICOs?

According to a piece in the business new site Challenges, Robert Ophele, President of the Autorite des marches financiers (AMF), said that his organisation wanted to come to a quick position on the matter after citing the increasing profile of all things cryptocurrency in his homeland.